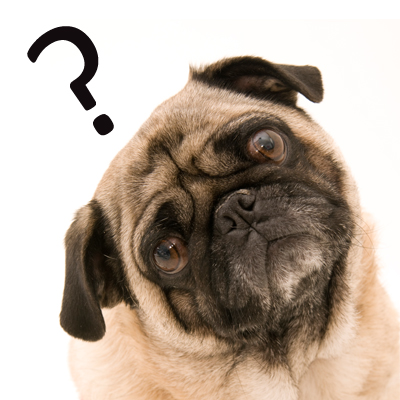 The Humane Society of the United States (HSUS, not affiliated with your local humane society/pet shelter) has a lot to answer for. HSUS raises more than $130 million annually, so it’s in a position of public trust. Yet there’s plenty of evidence that HSUS is misleading the public in its fundraising appeals.

HSUS resorts to juvenile smear responses against its critics. We take them in stride, though it’s irresponsible of HSUS to take that attitude since it’s raising so much money from the public. To move the debate forward, we’re issuing this open challenge to HSUS: Answer the following questions in a direct manner and we’ll print your unedited responses.

We doubt HSUS will, so we’re offering this bounty: Any enterprising person who gets an HSUS official on the record fully answering these questions will get $100 (per question) donated to a pet shelter of their choice. (We would need audio or video for verification.)

When’s an HSUS representative going to be near you? Check out HSUS’s handy events page and its calendar for some ideas.

1. According to recent polling 71 percent of Americans mistakenly think HSUS is a pet shelter umbrella group, and 93 percent of the shelter community believes that there is a lot of confusion among the public regarding HSUS and local shelters. What has HSUS explicitly done to disabuse Americans of the widespread mistaken notion that HSUS is a pet-shelter umbrella group that is affiliated with and funds local shelters and humane societies? Will you pledge to include a disclaimer in all of your future fundraising?

2. HSUS regularly claims that it has 11 million “members and constituents” in an effort to suggest that it speaks for many millions. Yet its tax returns state that HSUS’s All Animals magazine, which is included with the basic $25 membership, has a circulation of just 450,000. How many members does HSUS actually have?

3. On average, shelters believe that HSUS should give 36 percent of its budget to local groups that care for pets, according to national polling, and 59 percent of Americans think HSUS gives most of its money to pet shelters. How can HSUS’s spending—giving 1 percent to shelters—be justified in light of what the general public and sheltering community think?

4. Why does HSUS agree to contracts with professional fundraisers when it knows that it will receive very little of the money raised in the name of pets—and when donors are being told that, contrary to reality, HSUS is getting 40-50 percent of the money?

6. HSUS evaluations of shelter operations can cost $25,000. Humane Society University charges $1,050 for an undergraduate class and $1,350 for a graduate-level class. Even HSUS’s Animal Care Expo costs $250 for registration. What tangible support for shelters does HSUS offer at no cost?

7. A 1980 HSUS resolution pledged to “pursue on all fronts… the clear articulation and establishment of the rights of all animals.” And a later fundraising mailer explored giving animals access to the court system. Should animals be legally classified as property, as they are, or should they be given legal standing in court?

8. What can a donor do to earmark money given to HSUS to tangibly benefit pets in animal shelters?

9. HSUS states that it simply works to end the “worst abuses” in hunting. What are the humane forms of hunting?

10. If given a choice between someone eating humanely raised meat or eating vegan food, which is more humane?