If you haven’t heard the shocking news, here it is: Last Wednesday Humane Society of the United States (HSUS) CEO Wayne Pacelle told the Atlanta Journal-Constitution that convicted dog-fighting kingpin Michael Vick “would do a good job as a pet owner.” It was a slap in the face to animal-loving Americans from the president of a group whose very name suggests a deep and abiding concern about dogs and cats. (Why would Pacelle and HSUS side with a violent felon over his furry victims? A $50,000 check from Vick’s Philadelphia Eagles team might have something to do with it.)

We used this opportunity to educate Americans about HSUS’s willingness to bend its principles for money. Despite its name, the “Humane Society” of the United States isn’t affiliated with any hands-on pet shelters, and it gives a symbolic pittance toward the financial support of pet shelters (something many Americans aren’t aware of). Yesterday we placed a full-page ad in The New York Times to give concerned HSUS donors information about how to stop funding this deceptive group. (Click to enlarge.) 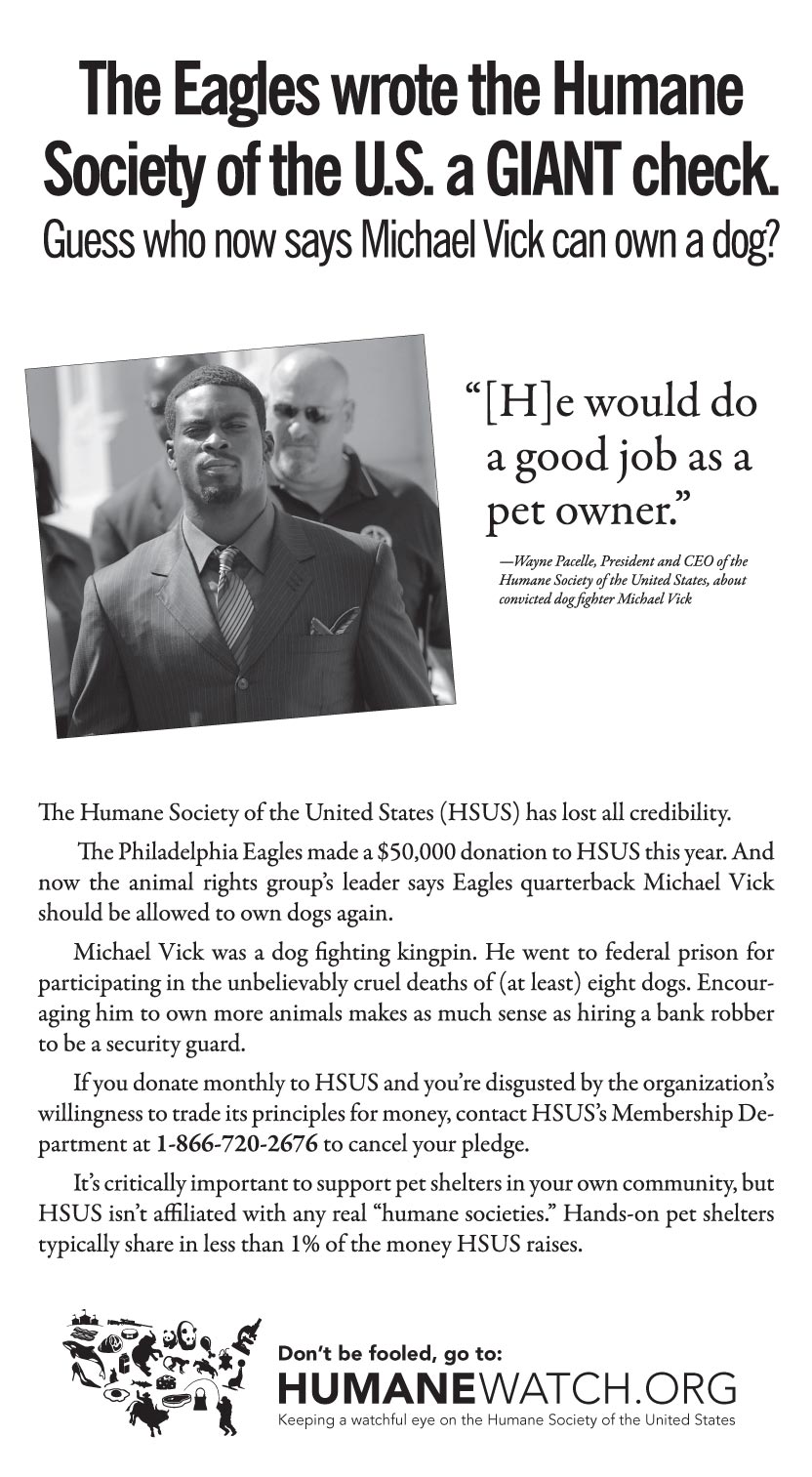 How did the ad play? Wayne Pacelle is in full damage-control mode. If you call HSUS’s membership department to cancel your monthly donation (1-866-720-2676), you’re met with a personal message from Pacelle spinning his statement about Vick and attacking us.

This indicates that HSUS is taking a big hit from Americans who see through its year-end factory-fundraising promotion. We’re just glad Pacelle stepped outside of his PR bubble and was honest with the Journal-Constitution reporter. His own words are providing Americans with a rare look into what makes HSUS tick: money.