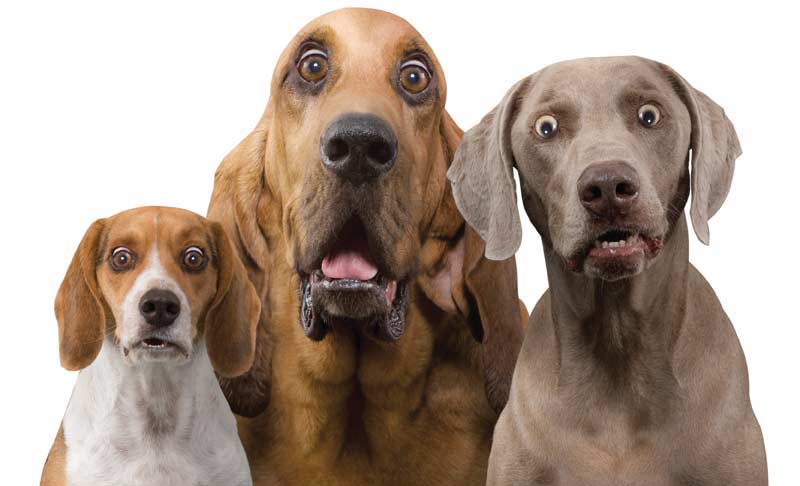 On Tuesday the Radio Times program on Philadelphia’s WHYY Radio featured an on-air discussion about animal rescues and the problems facing America’s pet shelters. One of the in-studio guests was Inga Fricke (pronunciation). She’s the “Director of Sheltering Initiatives” with the Humane Society of the United States.

Radio Times host Marty Moss-Coane explored a variety of subjects, including the use of shelter pets to help with inmate rehabilitation, the growing network of volunteers who transport pets from overcrowded shelters to private rescues with extra space, and even how the economic recession has hit pet shelters.

Here’s how Moss-Coane framed the discussion:

It’s a tough time for some animal shelters. They’re receiving more cats and dogs from those who can’t afford to keep their pets, and at the same time they’re seeing a drop in donations and grants because of the economic downturn. In fact, some shelters have stopped accepting animals because they can’t afford to provide for their care.

You can listen to the hour-long program below. While you hear it for yourself, let’s take a look at how HSUS’s top expert sees this problem—and whether or not her organization is doing all it can to help.

Everyone, Fricke included, agrees that pet adoption is a sort of matchmaking game. You don’t just put a shelter dog into a shopping basket and head for the checkout aisle. But the question has never been whether enough potential homes exist for the animals in today’s shelters. It’s whether the shelters themselves have the resources to market the pets they’re caring for, and to make sure each “transaction” is successful.

Inga Fricke, HSUS: Getting the dog and the right owner hooked up is a function of creating successful adoption programs. And that starts with behavior assessment on the part of the shelters, and then competent adoption counseling. That also involves bringing the owners in—potential adopters in—getting them into the door in the first place. A lot of, I think, what Dr. Moyers is talking about, though, is this mismatch of the number of animals that are coming in to begin with. Shelters are really overwhelmed, at the same time that they don’t have sufficient resources to provide adequate care for the animals they have, let alone these very innovative adoption programs.

Those “resources” are really what the discussion is all about. Money can buy “adopt me!” ads. It can train workers. It can (of course) provide for expanded kennel space so dogs have a longer window of time in which to be adopted.

To an underfunded and struggling Humane Society or other pet shelter, money can move mountains. Moss-Coane seems to understand this instinctively.

Marty Moss-Coane, host: They’re being squeezed, I guess, in certain ways, by the economy. So people probably are giving up animals because they can’t afford them. At the same time, shelters are seeing some of this money dry up which would help to take care of these animals.

Fricke: Right. Anecdotally, that’s what we’re hearing in a lot of locations. Shelters are a reflection of the rest of their community. If the rest of the community is being hard-hit—businesses are suffering, social services agencies are suffering, government resources are, the government tax base are drying up—shelters are also going to be hit. The good news is we have seen a recent study that indicates the numbers may not be quite as bad as we thought. But that doesn’t, you know, really help that poor struggling shelter in the middle of nowhere that has its adopter base dried up, whose, um, people are losing their jobs and have to give up their animals too in record numbers.

This is where the rubber meets the road. In the current American economy, almost everyone in the animal-protection world has a funding shortfall. Underline “almost.” The Humane Society of the United States has, paradoxically, increased its fundraising totals throughout the recession. And at the end of 2009 (the most recent reliable records we can get), HSUS was sitting on about $160 million in assets. Nearly $25 million of that was in cash.

Yet according to HSUS’s last two tax returns (2008 and 2009), HSUS shared a combined two-year total of just $1.4 million with pet shelters—out of $183.7 million in revenue.That’s about 0.76 percent. (We’ll be publishing a database of all of HSUS’s outside expenditures soon, so you can see the evidence for yourselves. Sadly, HSUS puts more cash in its own pension plan than in the hands of pet shelters.)

Moss-Coane: Well, I was reading about some shelters that are not accepting animals anymore, and I just—you know—what happens to those animals if no one, if a shelter is not accepting them?

Fricke: That’s the 64 million-dollar question. It really is.

Fricke is right. But perhaps it’s a 160 million-dollar question.

HSUS has a strong mandate—in its own by-laws—to spend “all available funds” for “the immediate relief of suffering.” HSUS’s bank account looks like Scrooge McDuck’s. Why is the group behaving like him too?

To be fair, Fricke makes a strong point about how it’s worthwhile to educate communities about how to take care of their pets so fewer of them land in shelters:

Fricke: I think one mistake that we as a society make is expecting the animal shelter to solve all the animal problems in that community. When the animal shows up at the shelter door, in effect the community has already in a sense failed that animal—because the owner hasn’t gotten the support they needed from the very start to keep that animal, on some level. So shelters can’t take the full burden of solving the community’s animal problem. We have to actually take a step back and ask: “Why are animals ending up in the shelter in the first place? Do we have adequate spay/neuter resources? Do we have adequate behavioral resources? Do we have adequate education to explain to people what they’re taking on when they first take that animal into the home?” So if we can address some of those community issues, and keep the animals from ending up in the shelters in the first place, then the shelters will obviously be able to do a much better job for the smaller numbers of animals that are in their care.

These are all fine ideas. But what’s likely to be more effective: community-based education and resources provided by people in the community, or cookie-cutter programs provided by HSUS, often from 3,000 miles away, with 50 percent of the money first swallowed up by overhead costs?

In our view, this is all strong evidence that shelters themselves need more resources. They’re the real stakeholders, the ones who should be empowered to do the right thing in their own communities.

It’s horrible that the Humane Society of the United States is essentially poaching donors from shelters in thousands of cities and towns—people who in most cases believe their donations are trickling down to their neighborhood shelters. It’s even worse when HSUS hoards its millions in Washington, DC while preaching to the public about what shelters need.