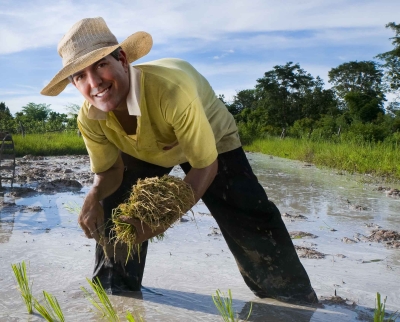 Humane Society of the U.S. CEO Wayne Pacelle was trying to burnish his agriculture credentials recently in a visit to Iowa. Pacelle doesn’t have much credibility with the farming community: HSUS is well-known as an anti-agriculture group. To counter this, Pacelle’s scheme has been to make inroads with what could be called “alternative” livestock farmers—those whose production systems differ from standard practices.

That’s how the Yale-bred Pacelle wound up at a Niman Ranch hog farm in Iowa, run by Paul Willis. It’s a free-range hog farm that doesn’t use maternity pens. We have nothing against that style of production, nor do we have anything against the production styles that are the industry standard. Each has advantages and disadvantages. (See a handy chart on hen housing for one idea.)

But there’s no ignoring the practical implications for consumers. And that’s easy enough to measure: We went to Niman Ranch’s website and looked up the price of a pork chop. A pack of four 8-ounce pork chops costs a whopping $49.95 (plus shipping).

Pray tell, exactly how many people can afford to buy pork at $25 per pound? Not everybody makes nearly $300,000 like Wayne Pacelle. At a local grocery store in the D.C. area where we are, pork chops cost $5-$6 a pound.

But that’s the whole strategy behind HSUS’s promotion of this kind of system: to price pork out of reach of most consumers. The price goes up, the demand goes down, and fewer people eat meat. PETA would be proud.

Consider this: Willis’ farm is 140 acres. When New York Times columnist Mark Bittman visited the farm in 2011, he noted that there were 20 sows and 100 piglets. That may fluctuate throughout the year, so let’s assume at any given time there’s one pig for every acre on this supposed model farm for sustainability.

Now let’s say that all hog farms were to adopt this method of production. The USDA’s quarterly figures show about 66 million head of hogs and pigs. Sixty-six million acres is huge—the entire state of Iowa is 36 million acres.

This is a nice, romantic idea, but where’s all that land going to come from?

Therein lies another major problem with HSUS’s activism. HSUS knows that it’s unrealistic for farmers to switch to these production systems in economic terms—to say nothing of the animal welfare implications. But that’s the game: It’s not about animal welfare, it’s about animal rights—which means driving farmers out of business and driving up the cost of animal protein. It’s PETA versus veterinarians.

While we’re on the subject, here’s a little background on Niman Ranch. The namesake of the company is Bill Niman, the founder who is no longer associated with the company. Niman’s wife previously worked as an attorney for Robert F. Kennedy Jr.’s Waterkeeper Alliance, a group that started after Kennedy worked with an environmental group while doing community service in the 1980s for heroin possession. Kennedy mind-bogglingly has called pig farmers “a greater threat to the United States and democracy than bin Laden’s terrorist network,” and Niman’s wife was in charge of legal campaigns against hog farms for the Waterkeeper Alliance.

Still, it’s nice to see that Pacelle has managed to find a farmer that he can pretend to like. “It was really great to be on his farm, to see pigs that are allowed to act and behave like pigs,” Pacelle said. We’re not sure where in New Haven Pacelle was able to hop in the mud with pigs to find out what they’re supposed to act like. He must have missed the day when the pregnant sows were attacking one another in group housing.

But for today, Pacelle has decided that group housing for pigs is OK—at least until HSUS gets other types of pig farming banned and the Niman Ranch is all that remains. The end goal of a vegan agenda is to end meat consumption, so even today’s friendly farmer is tomorrow’s enemy.