A Little Peek at the Books - HumaneWatch 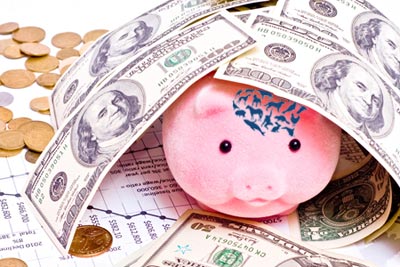 About 40 of the 50 United States require nonprofit organizations to apply for special licenses before they can raise money from the states’ residents. Usually administered by the Attorney General or Secretary of State, these applications are cumbersome, expensive … and a fantastic source of paperwork if you’re researching the applicants. Especially now that most state governments are putting tons of documents online, in the interest of satisfying “sunshine” and “transparency” laws.

West Virginia is one of those states with a Consumer Protection statute that requires a fundraising license. One of the Humane Society of the United States’s many affiliated organizations (the Humane Society Wildlife Land Trust) has had such a license for the past decade. And, lo and behold, the office of West Virginia’s Secretary of State recently put its charity filings on the Interwebs.

Part of the application process in the Mountaineer State involves submitting a report (prepared by an outside accountant) verifying that the organization’s books are in good shape. This is typically done as a way of making sure individual donors aren’t getting ripped off by a fly-by-night “charity” looking for a quick score. (And the animal protection world has certainly had its share of those.)

So when the Humane Society Wildlife Trust’s West Virginia license came due for annual renewal during the last decade, HSUS’s Chief Financial Officer usually submitted a copy of the “Consolidated Financial Statements” for HSUS and its entire network of affiliated groups. (For some reason, the 2004 audit wasn’t provided.) And since the West Virginia Secretary of State is sharing all the documents, they’re now part of the public record—and part of the HumaneWatch document library.

These reports, as you might expect, are full of multi-million-dollar figures and broad-stroke financial categories. But here are the details that caught our eye in the most recent filing (2008). There’s a lot of stuff here, so take your time reading:

All of that—and more—can be found in HSUS’s 2008 Consolidated Financial Statements. We’ll be going through the previous years’ reports soon, but you’re more than welcome to beat us to it. Here are all the documents: