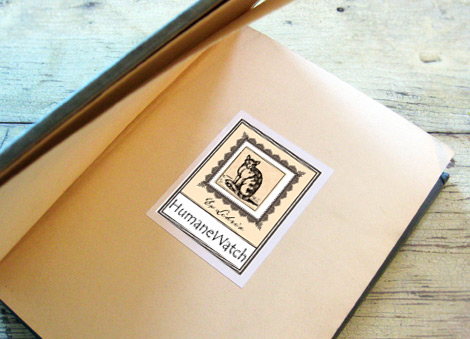 The HumaneWatch Document Library opened its virtual doors nearly 10 months ago with a single document. The idea was simple. In the Internet Age, talking turkey about the world's richest animal rights group will always require showing, not just telling. Without documents to back up what we say, HumaneWatch would be little more than a rumor mill.

About 210 documents later—including everything from tax returns and financial audits to old calendars and magazine excerpts—we're making good on our promise to only write what we could substantiate.

Today, we’re happy to announce a “re-boot” of our Document Library. We’ve revamped and cleaned up much of the material to make it more readable. In some cases, we've provided new historical context for the documents themselves.

What we've done to date is really just the beginning. The HumaneWatch Document Library is scratching away at the surface of the nine-figure enterprise that is HSUS. More important entries are on the way—very important, in fact. (Just wait, Wayne.)  But for now, we want you to be aware of some of the most important entries.

Consider it a jumping-off point to a broader, deeper view of HSUS. We'll be updating you monthly on some of the rarer gems in the Library. Today we begin with a top-ten list, chosen by Snark, the HumaneWatch cat. (He has finicky tastes, but Snark knows a smoking gun when he sees one.)

As always, please browse the library at your leisure. You might notice something that Snark missed. If that happens, drop him a line and we'll take a message.

(Doesn't everyone wait on their cats?)