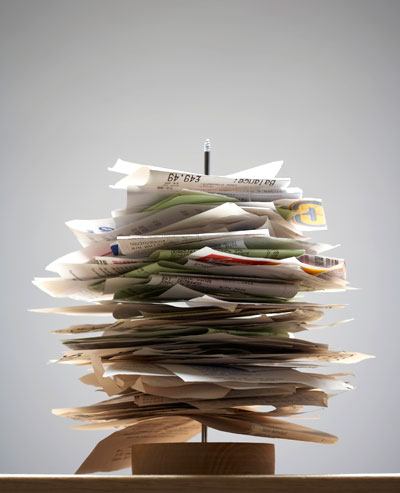 The Freedom of Information Act (FOIA) is a vital federal law that gives citizens access to a huge number of government documents. It’s hard to imagine a true democracy functioning without open access to records.

And thankfully, the FOIA law can also give us a window into what animal rights groups are up to. Sometimes FOIA requests are a prelude to other things—lawsuits, press releases, even whole campaigns.

Late in 2010 we submitted our own FOIA letter to the U.S. Department of Agriculture. Our request? We wanted to see what documents the Humane Society of the United States asked the agency for all year. (Pretty nifty, huh?)

We got back 17 FOIA requests; 75 pages in all. And two things jumped out at us:

Many HSUS requests last year sought information about dog breeders in Missouri and elsewhere. This isn’t surprising, considering HSUS was pushing its “Prop B” initiative.

But we were most intrigued by two FOIA requests dealing with predator control methods. (See pages 42 through 48.) Specifically, HSUS asked for information about livestock protection “collars” that use lethal chemicals to kill coyotes, foxes, and other predators that attack privately owned livestock like sheep and goats.

The “M-44” is a spring-loaded device used to kill predators by poisoning them with sodium cyanide. And livestock protection collars deliver a dose of sodium fluoroacetate (a rat poison) to predators when they bite a farm animal’s neck or head.

HSUS is fishing for evidence that these collars have inadvertently harmed “non-target wildlife,” domestic animals, or people.

Neither of these devices is perfect. Livestock wearing the collars can perish in the attack anyway, since it can take a few hours for poison to kill a predator. And it’s possible for other wildlife to be harmed as well. But the USDA does try to limit collateral damage, saying that the risk to non-target animals is “extremely low.”

Naturally, HSUS is against using these collars anyway, claiming they indiscriminately kill wildlife and that “the poison leaking from the collar onto the dead sheep renders the carcass poisonous to scavengers, extending the chain of suffering and death.”

The USDA essentially says this is hogwash, reporting that “in research studies that allowed dogs, skunks, magpies, and eagles to feed on contaminated carcasses, researchers found that these species were not adversely affected because they did not eat the contaminated wool or hair.”

HSUS says livestock farmers should instead use guard animals to protect their flocks. That seems odd, since predators can simply kill or maim the guard animals (or the other way around).

Is tearing Animal #1’s throat out more humane than giving Animal #2 a dose of poison? Who gets to decide?

Of course, all human activity has impacts that go beyond what we can foresee. (Just ask HSUS’s “horse slaughter” brigade.) While 100,000 abandoned horses warrant a serious second look, a few unintentional critter deaths shouldn’t stand in the way of effective wildlife management. Suggesting otherwise is like saying we should ban garbage trucks because the odd squirrel gets run over.

The other revelation in HSUS’s 2010 FOIA documents isn’t nearly as morose. In fact, it’s downright hilarious.

Whenever you request copies of public documents under FOIA, the government is entitled to charge you a reasonable fee for photocopying, and for the cost (in salaried time) of researching and collecting the documents you’re looking for. But under certain circumstances, you can ask for a “fee waiver.” (See Section 6 of this document for details.)

The fee-waiver process is meant to give freebies to people working “in the public interest,” and to deny them to people with “commercial” interests. And one category of FOIA requester that almost always gets documents for free is a “representative of the news media.”

Laughably, HSUS’s 2010 FOIA requests consistently claim that the animal rights group is a news-media outlet. With the amount of spin and propaganda coming out of HSUS, it’s about as legitimate a news representative as Xinhua, Granma, or Al Jazeera.

The USDA is just one federal agency of many. We could send FOIA requests to many more. (Perhaps we will.) Just remember that the Humane Society of the United States is always digging for facts, just like we are. And if you dare to behave in a way that HSUS’s vegan arbiters decide is not “humane,” you could be the subject of its next demand letter.