Disclaimer: We didn't take this picture. We don't know who did. We had nothing to do with the event it depicts.

But several of you in the pet trade have already sent it our way.

Apparently, the natives got a little restless in Orlando because the Global Pet Expo permitted the on-site promotion of that new "Humane Choice" vegetarian dog food. You know—the one whose profits are being shared with the Humane Society of the United States.

So someone registered a little protest at the Humane Choice booth on the trade show floor: 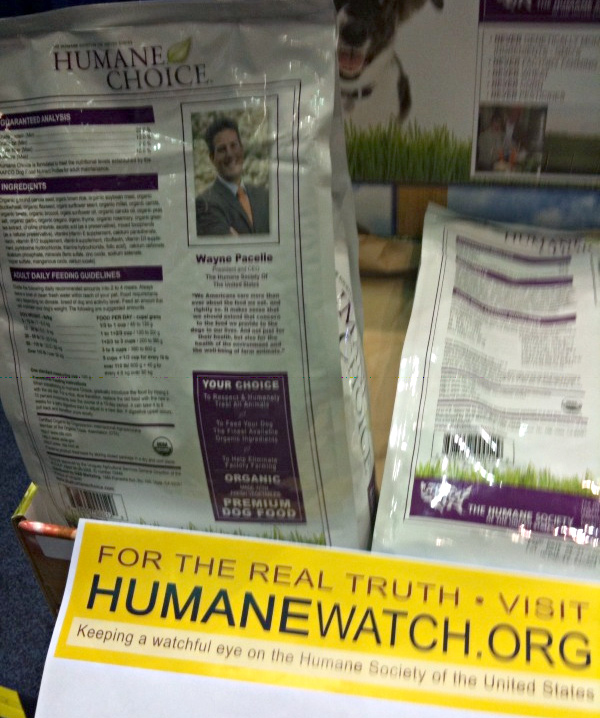 We have to admit it: On those rare occasions when this sort of tactic doesn't favor the dark side of the Force, we find it pretty funny.