A Word about "Recommended Reading" - HumaneWatch 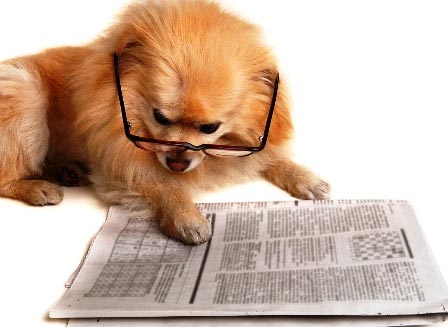 We've already taken a few knocks from well-meaning readers who've questioned how we came up with the websites listed under "Recommended Reading" (to the left). In particular, the entries named "HSU'S" and "Pet Connection."

HSU'S is a lovely Chinese restaurant in Atlanta. Home of the bottomless shark-fin soup bowl and Peking duck. We're also told they do a mean fried tofu. (What did you think it meant?)

And the Pet Connection blog is, well, a little more controversial. Especially among dog-club groups and dog breeders. Gina Spadafori, one of the main Pet Connection bloggers, made quite a few enemies last year when she appeared alongside HSUS California Director Jennifer Fearing in a protest against "puppy mills."

Now, we think both Fearing and Spadafori have it wrong, especially in the case of the Petland retail chain. We've seen enough to conclude that HSUS's Petland "exposé" falls somewhere along the line between sloppy and fraudulent. (We'll get to that in due course.) And at the end of the day, a "puppy mill" is very much in the eye of the beholder. HSUS seems to think it's all about the size of a breeding operation, when common sense should tell you it's about the conditions where animals are kept.

But Pet Connection and Spadafori have been critical of HSUS in the past as well, taking the organization to the bloggy-blog woodshed about questionable fundraising, and (just yesterday) about HSUS's ridiculous plan to veganize America's carnivorous pooches. (Those are two more topics we plan to cover, and soon.)

So here's the deal: "Recommended Reading" means just that. We're recommending that you get familiar with these websites, and form your own opinions. It's not an endorsement of anyone's views. Heck, if we only linked to writers with whom we never disagree, that list would be empty.

And if anyone wants to recommend more websites for that "recommended" list, I'm all ears.

UPDATE: Our brilliant tech buddies have re-vamped the blogroll so that we can make it as long as we want, and it will just show 15 randomly selected entries. If you don't like 'em, refresh your browser.