Anatomy of a Talking Point - HumaneWatch 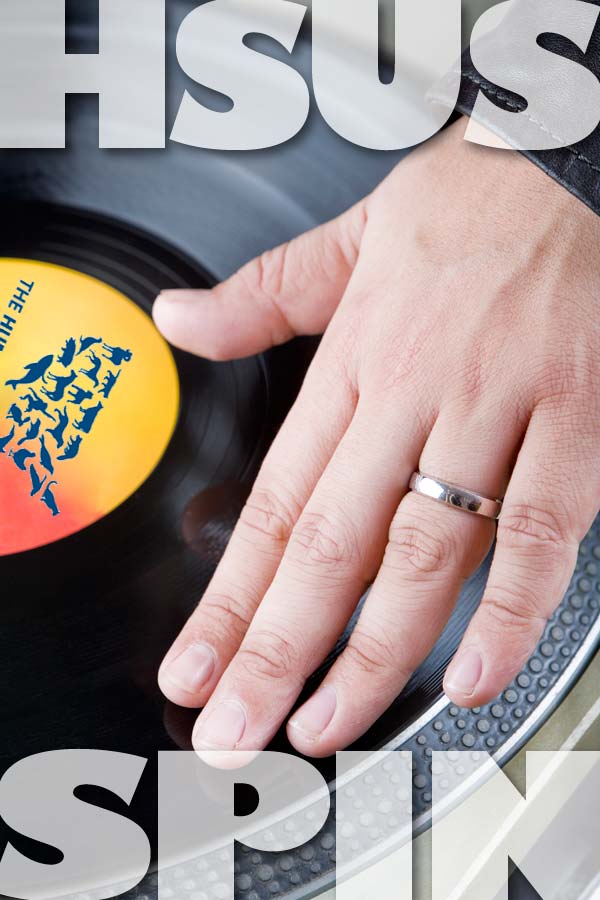 The Humane Society of the United States, like the rest of the animal rights movement, has some pretty lofty goals. Veganizing Americans and destroying large sectors of the U.S. economy come to mind. And a large part of convincing Americans to give up cheese and hamburgers (while still appearing mainstream) requires HSUS to operate an ever-expanding propaganda machine.

America’s farmers, ranchers, biomedical scientists, veterinarians, and other HSUS targets are usually well aware that the information emanating from 2100 L Street in Washington is false, but it’s unusual for any of them to actually challenge HSUS’s animal-rights “spin.”

This is a story about just one such bogus HSUS “talking point,” and about a single e-mailed question that began the process of unraveling its thread.

It’s one thing to recognize that HSUS’s information is often twisted and manipulated in order to maximize its effect on fundraising or lobbying. But it’s quite another to un-twist the pretzel back into something resembling the truth.

Doing that requires a little bit of old-fashioned investigative reporting.

In a press release last Monday announcing a lawsuit against Perdue Farms, HSUS included this claim about the steel blades routinely used to slaughter chickens: “According to the USDA, millions miss the blade and drown in tanks of scalding water and may be conscious and able to feel pain.”

That’s shocking stuff, if it’s true. But is it true? There’s one easy way to find out: Ask HSUS to prove it.

A communication consultant and editor named Anita Stuever did just that. She wrote to Erin Williams, HSUS’s communications director for anti-farming issues, and later sent us the full e-mail chain. Here’s a replay of that back-and-forth discussion. The e-mails are in order and the words are exact quotes, but we’ve condensed it down into a conversation to make it more readable:

Anita Stuever: Please cite the source of this: “According to the USDA, millions miss the blade and drown in tanks of scalding water and may be conscious and able to feel pain.”

Erin Williams: According to the USDA’s Food Safety and Inspection Service “Poultry Slaughter Inspection Training” guide, “Poultry that die from causes other than slaughter are condemned under the cadaver category. These birds are not dead when they enter the scald vat. When submerged in the hot water, they drown….” … In 2009, over 800,000 chickens and turkeys were condemned in the cadaver category. [Source 1 | Source 2 ]

Anita Stuever: There is nothing to indicate that USDA has said “millions miss the blade and drown in tanks of scalding water and may be conscious and able to feel pain.” Neither the word pain nor the word conscious appears in either document. (You’ll recall that my question asked for the source of that statement.) I’m afraid I won’t be able to consider HSUS a reputable source.

Erin Williams: You might be interested in this passage from a recent peer-reviewed article (attached) co-authored by the world's leading expert on slaughter and animal welfare.

Williams then pasted a quote from a study published this fall in something called the Journal of Applied Animal Welfare Science (JAAWS). She also sent Stuever a PDF of the full article, complete with the included notice that it’s illegal to distribute it.

Here’s the relevant passage from the paper (emphasis added):

Occasionally, birds who did not receive an adequate stun, missed the killing machine, or recovered from the stun due to poor neck-cutting practices enter the scald tank alive and possibly conscious [ed.:citation omitted]. The United States Department of Agriculture’s records show that in 2008 more than 1.1 million chickens and turkeys were condemned as cadavers—a term used to describe carcasses of birds who died due to reasons other than slaughter (USDA, 2010). Some of these birds may have been alive when they entered the scald tank, and according to the Food Safety Inspection Service (FSIS), “when submerged in the hot water, they drown” (FSIS, 2005).

Note how Erin Williams’ claims of “millions” has shrunk to “more than 1.1 million.” (In the bigger picture, 8.4 billion chickens are slaughtered for food annually in the U.S. (that’s 23 million per day), so we’re talking about 13 thousandths of one percent of broiler chickens.)

Note also the consistent use of words like “occasionally,” “possibly,” “some,” and “may.” Where HSUS’s press release and Williams’ e-mails both sound definitive, the journal article itself makes everything sound hypothetical.

Of course, any given chicken might die for any of a number of reasons besides slaughter itself. All we really know now is that the number of chickens HSUS is talking about falls somewhere between zero and about 1.1 million. That’s remarkably vague—like if we wrote that Conan O’Brien might walk on the moon next Tuesday. Five billion people could be suffering from the flu today. Your Congressman might be a crook. You get the picture.

And remember how Williams said this article was written by “the world's leading expert on slaughter and animal welfare”? The second-listed author is Mohan Raj, a British expert of some regard. But the principal author is Sara Shields, who lists her affiliation for the journal as “Shields Consulting.” Shields is actually an instructor at HSUS’s pseudo-legitimate, non-accredited “university.” She’s also a professional consultant to HSUS, and wrote or co-wrote several white papers for HSUS.

Shields co-authored one of those HSUS white papers with Mohan Raj, which suggests that he, too, might be riding HSUS’s consulting gravy-train. (We’re not sure, but who writes white papers for free?) Raj has also led at least one professional seminar for a chickens’ rights group in Virginia called United Poultry Concerns.

Neither Shields nor Raj stated any of these potential conflicts of interest in their JAAWS article. Is this a violation of the publisher’s disclosure requirements? We’ve already sent a letter to the journal’s editors, asking for clarification and a correction. We’ll see what they say.

JAAWS itself is also worth a close look. This isn’t an esteemed mainstream scientific journal like the New England Journal of Medicine or Nature. It’s an arm of the Animals & Society Institute (ASI), a Michigan-based “think tank for animal rights” with its own interesting history.

JAAWS has been churning out animal-rights “science” since 1997, when the group Psychologists for the Ethical Treatment of Animals (“PsyETA”) co-founded it with the ASPCA. Animal Liberation author Peter Singer sat on PsyETA’s Advisory Board for the entire length of its existence. One of the group’s stated goals was to “contribute to the growing consensus regarding … the inhumaneness of animal-based products.”

When the dust settled, a single organization emerged, called the “Animals & Society Institute.” That's the group which operates the JAAWS journal. Between 2007 and 2008, HSUS gave it an additional $13,500.

How fringe-y is JAAWS? Authors who submit research are asked to avoid appearing speciesist in their language:

Contributors are also encouraged to use language that acknowledges the individuality and integrity of members of other species. For example, where possible use gender-specific personal pronouns (he or she) and personal forms of the relative pronouns (who, not which), avoid terms such as it and the organism …

So JAAWS, like HSUS, is buried deep in the animal rights movement. The journal’s first issue even featured an article co-authored by longtime HSUS vice-president Martin Stephens. He now sits on its Editorial Board.

Let’s take a deep breath and review: HSUS’s paid consultant co-wrote an article in a friendly animal-rights journal (whose editorial board includes an HSUS vice-president, and whose various parents groups HSUS has funded) without disclosing her relationship with HSUS. And now HSUS is spinning quotes from that article to push its own agenda, pretending that neither the author nor the journal has an axe to grind.

See how this whole racket works?

We shared our findings with Anita Stuever, and she had this to say:

As a professional editor, I think it's deplorable for an organization to make editorial leaps like HSUS does. If one of my clients tried to do that, I wouldn't allow it — or would cut ties with them if I had to. It's just not ethical.

Editorial leaps may be the least of HSUS’s problems, but they're certainly worth objecting to. The sad part, though, is that many working journalists and editors lack this concern for accuracy. It’s easier to parrot an HSUS press release and beat your deadline than to actually do some digging.

This, after all, is why Erin Williams has a job. And why HSUS gets so much ink. And why HSUS's leaders (if they believe their own propaganda) think they have a viable lawsuit against a chicken company.

If you’ve wondered why “Humane Society University” doesn’t offer a course in journalistic ethics, now you know the answer: It’s bad for business.