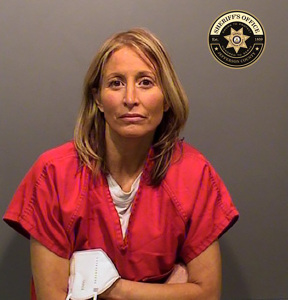 A lot of people have been sending us this story out of Colorado. Animal rights attorney Jennifer Emmi Edwards has been sentenced to 10 years in prison after pleading guilty to conspiring to kill her ex-husband’s girlfriend.
As far as we can tell, the crime isn’t directly related to animal rights. It’s more of a story about a scorned ex-wife.
But then we had a second thought. Has anyone compared the mental health of animal rights activists to the general public?
By activist, we don’t mean your average worker at an animal shelter. We mean the hardcore activists at groups like PETA, Direct Action Everywhere, and the Humane Society of the United States.
Why? There’s a strong undercurrent of misanthropy in the animal rights movement.
Groups like DxE harass people in supermarkets and restaurants. PETA has distributed graphic literature, such as a comic called “Your Mommy Kills Animals,” aimed at children. Activists with SHAC threatened children of employees of pharmaceutical companies.
For the most hardcore animal activists, humanity itself is the problem. PETA president Ingrid Newkirk has called humanity “the biggest blight on the face of the earth.” One major activist group has been compared to a cult.
In the Edwards case, she allegedly threatened and even strangled one of her children. According to local news, “Emmi contacted numerous individuals and alleged that her estranged husband and his girlfriend had kidnapped, brainwashed and abused the children as part of a plot to frame her.” With her plea, that false story has obviously been retracted.
We’re curious: Is there a higher rate of mental illness and/or antisocial behavior in the animal activist movement compared to the general population?
As far as we can tell, the literature on such matters is scant. We’re familiar with a (small) study of animal activists that determined racism and sexism in the animal rights movement were leading to burnout. As animal activism grows–at least in its prominence in the media–further study of the personalities attracted to animal rights could be revealing.
Essential Reading
Email Signup