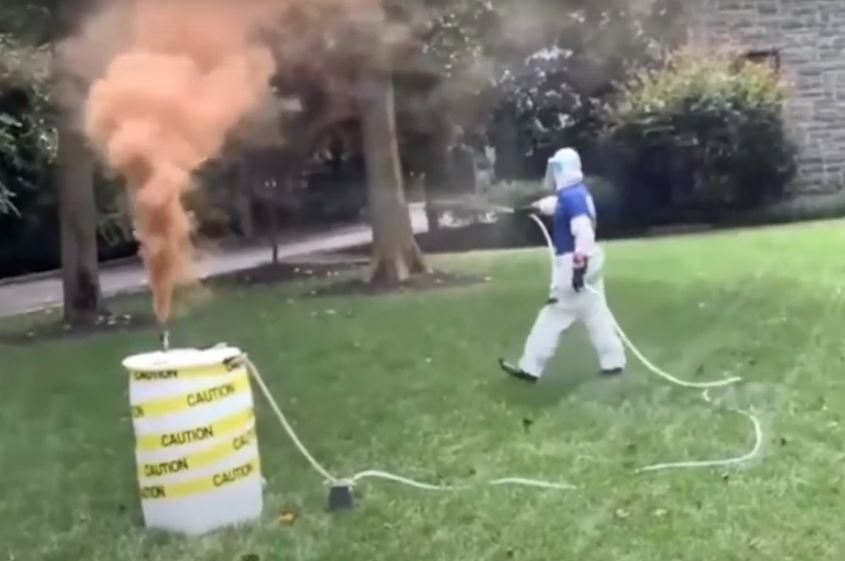 How low will animal liberation activists go? There seems to be no limit. Over the weekend, a group of activists with Direct Action Everywhere (DxE) went to the home of the CEO of a pork company, trespassed onto his lawn, and sprayed pig feces on his property from a 55-gallon drum. They concluded their stunt by dumping the remaining feces on his front walk.

Perhaps PETA is jealous at being outdone in outrageousness, but the rest of us should be appalled–not just at the stunt, but at the fact that DxE hasn’t been shut down by the FBI. (During this assault-by-feces, local police inexplicably looked on as the vandals dumped excrement on someone’s home. according to video footage.)

DxE is a fanatical group that has a history of trespassing and harassment. Its leadership is facing criminal charges, including felonies, in several states related to breaking into farms.

All of this is done while DxE is laughably organized as a 501(c)(3) nonprofit, as if it were some kind of charity. (DxE receives money from an affiliated 501(c)(3), Friends of DxE, which has received money from PETA.)

DxE, which has spawned chapters in the UK and Australia, has a radical animal liberation agenda including banning people from eating meat and putting animal rights in the US Constitution.

Why the heck hasn’t the FBI busted this racket yet?

Reportedly, the FBI investigated after DxE stole piglets from a farm in Utah. That was three years ago. Since then, DxE has continued its campaign of illegal activity. And brazenly so.

Back in 2006, Congress passed the Animal Enterprise Terrorism Act in response to harassment campaigns done by animal rights extremists. A group of activists with Stop Huntingdon Animal Cruelty were convicted and sentenced to federal prison.

Since then, we’re only aware of one prosecution under this law. But DxE’s activity clearly seems to fit the bill.

Unchecked lawlessness breeds more lawlessness. It spreads like a virus. It’s time for the feds to enforce the laws and shut down DxE.