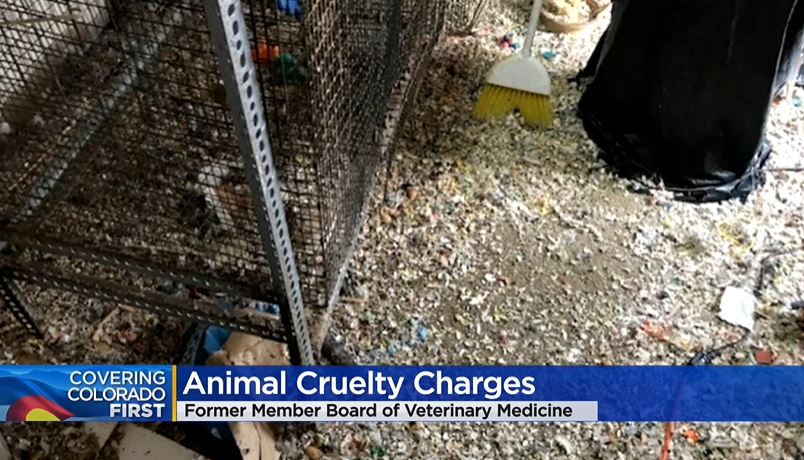 Ellen Kessler is an aggressive animal rights activist and political appointee who made the news in Colorado for attacking the state’s ranchers. Now she’s in the news for a different reason: Allegations of animal cruelty at her home.

A person who visited Kessler’s home on March 7 called the county to report multiple birds in poor living conditions, and Kessler allowed animal control officers in to see the birds that day, according to Jefferson County Public Information Officer Karlyn Tilley.

“There were 13 birds total, most of them living in the basement with food and water, but no sunlight. The cages and floors were covered in seed, dirt and feces. There was an overwhelming smell of urine. Many mice were found, both alive and dead, as well as flies throughout the house. There was no indication that any other pets/animals were living in the home,” Tilley wrote in an email.

Kessler is a controversial figure. An outspoken vegan, she made headlines after she was appointed by the governor to the state veterinary oversight board despite her activism for the elimination of animal agriculture. Farmers and ranchers work with veterinarians to care for their animals, and viewed the appointment as an affront.

Kessler resigned from the board in January after calling ranchers “lazy and nasty” in a Facebook post over wolf management. A ballot measure narrowly passed in 2020 to reintroduce wolves to Colorado; ranchers opposed the measure because it will lead to an increase in dead calves. (Kessler has complaints about humans enjoying a humanely raised steak, but we have seen nothing from her about wolves ripping calves apart alive.)

“Lazy and nasty” sounds like an example of projection.

We don’t relish the irony here given there are animal victims. But if Kessler couldn’t even keep her own house clean and manage the living conditions for several birds, who is she to criticize farmers and ranchers who care for hundreds, if not thousands, of animals daily?