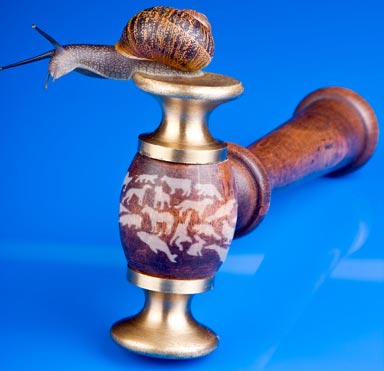 If you look at the animal rights movement, two trends are apparent: consolidation and incest. The consolidation is apparent in how HSUS has brought other animal rights groups under its corporate arms, such as the Fund for Animals and the Doris Day Animal League. But less visible is the revolving-door nature of the business.

Very few people in the movement seem to stay at one group, with folks like PETA co-founder Ingrid Newkirk being an exception. HSUS CEO Wayne Pacelle was at the anti-hunting Fund for Animals before HSUS; HSUS VP Paul Shaprio was at Compassion Over Killing before HSUS; and HSUS food policy director Matt Prescott was at PETA before HSUS. Other folks have more movement; Carter Dillard (remember him?) was at COK, then HSUS, and now he’s at the Animal Legal Defense Fund (ALDF).

What’s our point? It’s that while animal rights groups may have different tactics—PETA is the street-theater group, HSUS is the moderate-seeming group, ALDF is the lawyer group—they all have the same goal in mind: Animal rights.

With that in mind, it’s interesting to see Yale University, Wayne Pacelle’s alma mater, hosting a “personhood beyond the human” conference in December. The conference is put on by the Nonhuman Rights Project, whose executive director is Natalie Prosin—a former HSUS employee. Prosin has not only worked for HSUS but also the D.C. law firm Meyer, Glitzenstein, and Crystal. You might remember MGC from the federal racketeering lawsuit that also names HSUS and two of its in-house lawyers as defendants.

The point of the Nonhuman Rights Project is to gain legal “rights” for animals. What does that mean? Animal welfare laws provide for well-being and protection of animals but don’t assign them legal “rights” (like free speech, assembly, etc.).  But consider the practical aspects of overthrowing the legal system by giving personhood to animals.

In 2011 PETA filed a federal lawsuit against SeaWorld under the 13th Amendment of the U.S. Constitution for supposedly “enslaving” killer whales at its theme park. NHP was an amicus curiae in the SeaWorld suit.

The suit failed, but it sought to bring animals under the Constitution’s legal protections, a radical departure from the Founders’ intent. (Recall that the preamble begins with “We the People” and not “We the Animals”…)

There’s been a system like that in Zurich, where an “animal lawyer” has “represented” animals—such as pursuing criminal charges against a fisherman for taking too long to reel in a fish. Think it can’t happen here in the U.S.? Interestingly, the Yale conference will be going on after a legislative session in Connecticut that saw one lawmaker push for animals to have legal “advocates” in the courtroom.

If you’d like a more high-minded analysis of the legal implications of giving rights to animals, read this piece by federal judge Richard Posner. In the meantime, Yale’s budding legal minds should be wary of animal rights activists’ attempts to turn the U.S. into a kangaroo court.