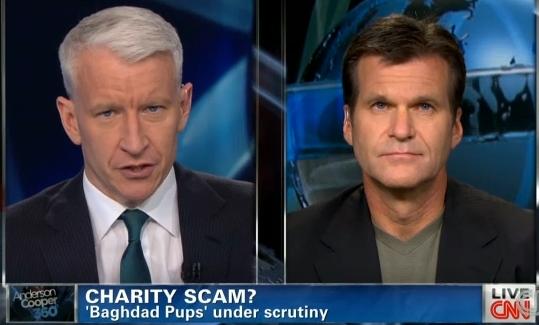 The Humane Society of the United States stiffs local humane societies, giving only 1 percent of the money it raises to these pet shelters. And apparently, HSUS isn’t the only animal charity that uses its doggie dollars in a highly questionable manner.

According to CNN, SPCA International has raised $27 million to supposedly help animals, yet most of that money went to a direct mail firm called Quadriga Art and a Quadriga subsidiary. You might remember Quadriga—it’s the same company from another CNN exposé last month that focused on a veterans’ charity. That particular charity raised about $60 million from the public, with almost all of it again going to Quadriga and a Quadriga affiliate.

It turns out HSUS may fit into this sordid tale, too. We’ve written before about how HSUS paid Quadriga nearly $20 million in 2009 and 2010 for direct-mail and marketing services. But it goes deeper than that.

Animal People, a newspaper inside the animal rights movement, speculates that it was an HSUS president, Paul Irwin, who may have introduced SPCA International head Pierre Barnoti to Quadriga. Quadriga reportedly did business with HSUS under Irwin, who left in 2004 and was succeeded by current president Wayne Pacelle.

Additionally, Animal People also reports that Irwin advised Barnoti to contact a businessman named Richard Gordon, whose firm reportedly did development of SPCA International's website. Gordon also performed work for HSUS and the American Bible Society, which Irwin headed up after he left HSUS. That all blew up in 2008 when The New York Times reported on Gordon’s ties to the online pornography industry. As you might imagine, the board of the American Bible Society wasn’t amused.

We don’t know how much business Quadriga did with HSUS under Irwin, since HSUS is only required to report the top 5 contractors on its tax returns. But under Wayne Pacelle’s reign, it appears HSUS has stepped up its business with Quadriga significantly.

Unlike SPCA International and the veterans’ charity, HSUS is not putting its eggs in one basket with Quadriga by sending most of the money it raises to the direct mail firm. HSUS has branched out to other areas than direct mail—including TV ads and telemarketing. When you break down the numbers, there’s a lot of other places HSUS’s money goes besides fundraising—Wayne Pacelle’s salary, the pension plan, and the many lawyers. But there’s one place it hardly trickles down to at all: Pet shelters.