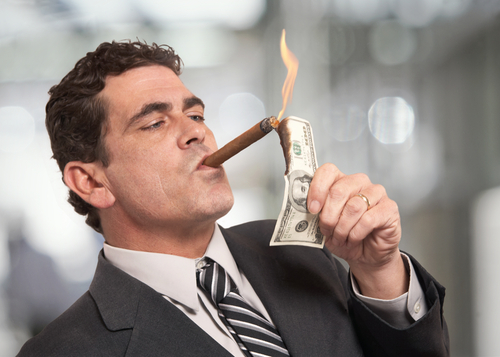 We’ve all seen those sad commercials on TV asking to help dogs and cats. Won’t you give just $19 a month to help those poor pets? The ads are effective. But where does the money actually go?

Much of the time it goes into offshore Caribbean accounts and executives, sadly. Just look at the ASPCA.

Bershadker isn’t the only cat getting fat at the ASPCA: 158 other employees (more than a tenth of the organization) made six-figure salaries. Of every dollar donated to ASPCA, 38 cents was used to pay salaries and benefits.

The ASPCA also spent $89.1 million on fundraising-related expenses to churn out direct mail and other appeals–“factory fundraising,” if you will.

What’s more, the ASPCA stuffed more than $21 million in offshore bank accounts, mostly in the Caribbean.

Gee, what about those needy animals in ASPCA ads?

There is a good reason CharityWatch gives ASPCA a “C” grade–but perhaps it should be an “F.”

When it comes to making sure your money goes to animals, the best thing you can do is give to a local animal shelter. Most will not pay bloated salaries or blow through money on fundraising. Plus, you get to see your donation in action in your own community. Visit www.HelpPetShelters.com to see one of our projects supporting the “give local” message.