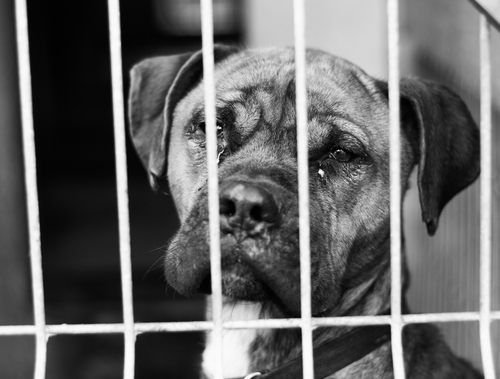 It has been more than three weeks since we reported that 20 dogs died under the care of ASPCA during a cross country journey from Mississippi to Wisconsin. The deaths only came to light because an internal email leaked to the New York Post. We wrote at the time that the ASPCA’s response would tell us what kind of organization it is. The ASPCA’s complete lack of openness since the news broke paints a grim picture.

The few details we do know include that the deadly transport was a cross country trip, the dog deaths were not due to a car crash, and ASPCA doesn’t know at what point the poor pups died.

Based on the facts that are available, we can speculate that during the journey, which was hundreds of miles long, no one thought to check on the dogs being transported. How else can you miss the fact that 20 dogs were dead in the back?

Mississippi, where the trip originated, gets very warm during the month of May. Dogs or any animal won’t do so well in that situation and may have led to the death of the 20 dogs in ASPCA’s care.

The ASPCA is fully aware of the danger posed by hot cars, as it has published several blog posts, printouts, and other informative information dedicated to the dangers of animals trapped in hot vehicles.

To prevent heat exhaustion, many animal transporters install climate control mechanisms in the transport or even have cameras to maintain a watch on the animal’s condition. Given how the situation played out, it is fair to say ASPCA probably had neither of those preventative measures installed. If the charity takes in over $200 million dollars a year, couldn’t it shell out a few extra dollars for the animals?

Much as the Humane Society of the US board tried to sweep its CEO’s sexual harassment investigation under the rug, if the ASPCA continues to lack full candor in this matter, then it is demonstrating it cares more about PR than in doing the right thing.