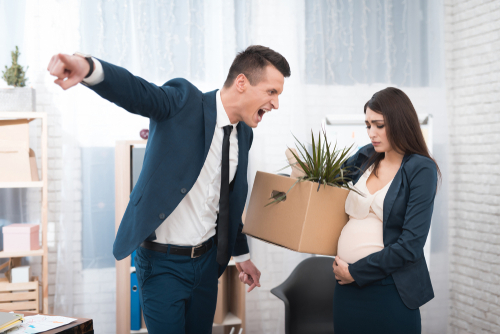 Have you heard of Best Friends Animal Society? Based in Kanab, Utah, the organization has fundraising campaigns across the country and raises close to $100 million a year, supposedly to help cats, dogs, and other animals. But if one lawsuit is true, it didn’t treat a pregnant employee humanely.

In court documents, Csuha claims she was an all-star employee–she was never reprimanded and received a raise after being given all A’s during a performance review. By October 2017, Csuha claims to have performed over 3,500 surgeries at the Ogden clinic–about 400 surgeries a month. Csuha was well trusted at BFAS and was even asked by her supervisor and a couple of other BFAS employees to perform operations on their pets.

Suddenly, Csuha claims she started receiving unwarranted condemnation and criticisms, even though she was still keeping in line with BFAS standards and expectations, and continued with her high performance never losing any patient due to her actions.

Even with the increased criticism, Csuha continued her work and, as she had been told to do, asked for time off under the Family Medical Leave Act in February. On March 17th, Csuha was set to start her leave. However, that never happened. She was fired on March 15—two days before her leave.

The day before she was fired, Csuha operated on a cat named Lucky and discovered the animal had internal bleeding. According to court records, the Ogden clinic had several patients under anesthesia waiting for surgery and lacked the proper equipment to operate.

Instead of trying to operate herself, she decided it would be better to transfer the kitty to a better-equipped facility. Lucky ended up getting the surgery they needed and ended up making it.

While Lucky might’ve survived, Dr. Csuha’s job did not. The very next day after the surgery, she was canned by BFAS over the phone.

Dr. Csuha decided to sue BFAS for pregnancy discrimination and violating the FMLA. The case is expected to be heard by a jury sometime this year. If BFAS is found to have committed said offenses, the organization may be liable for all wages, employee benefits, and other compensation owed to Csuha in addition to her court fees.

We will keep you updated as events unfold.