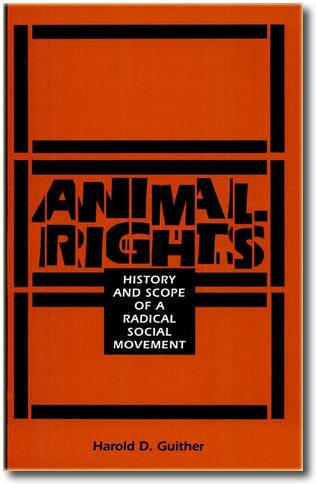 The animal rights movement is decades old in the United States. But most people know next to nothing about its origins and recent history. That’s certainly true about HSUS. (How many of us were adults in the 1950s?

We’ve already brought to light certain key episodes from HSUS’s past. In the late 1980s, a massive financial scandal involving then-president John Hoyt and then-treasurer Paul Irwin created deep divisions in HSUS’s board. And early in HSUS’s history, it had a policy of sharing fundraising proceeds with hands-on pet shelters in many states. The shelters got the lion’s share—60 percent—of the money. Today their share of HSUS’s loot is typically about 1 percent.

If you’re looking for a good primer on HSUS and the other power-players in the animal rights movement, we recommend reading a volume called Animals Rights: History and Scope of a Radical Social Movement, by Dr. Harold D. Guither. (You can find limited excerpts in the Questia and Google Books archives.) At the time of his book’s publication, Guither was a Professor of Agricultural Economics at the University of Illinois.

While slightly dated (it was published in 1998), Guither’s book supplies facts that are hard to source elsewhere today. Here are some things about HSUS that we found useful:

There’s more in the book itself. You can learn about the wacky origins of groups like PETA and the related (but woefully misnamed) “Physicians Committee” for Responsible Medicine, and how these various players interconnect. It’s also a good primer for anyone seeking knowledge about today’s animal rights movement, what it evolved from, and where the super-rich HSUS might yet take it in the future.