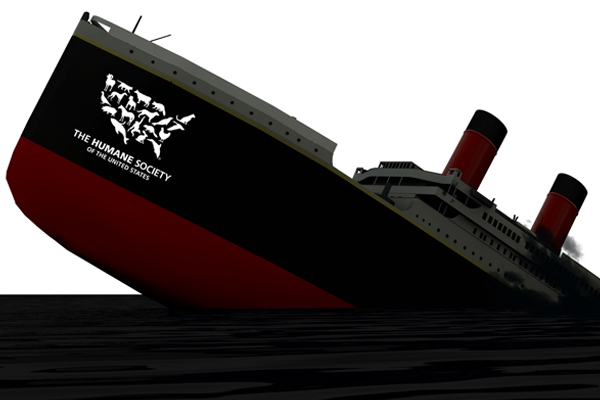 In what could be termed “Bloody Friday,” we learned late last week that HSUS has laid off 55 employees in the middle of a major fundraising shortfall. Our understanding is that the figure is at least $20 million.

It sounds to us like a lot of charitable donors are wising up and figuring out that the HSUS ads they see aren’t aligned with how HSUS spends their money (only about 1% is given to pet shelters to help them care for animals). Or that the mail they get with branded socks or gardening gloves translates to a lot of money wasted.

Here’s what has to be a real slap in the face to HSUS staff: Not only were six-figure-salary executives retained (and there are dozens of those around) while a lot of little fish got flushed, but HSUS has parked about $150 million into offshore funds. Apparently Wayne Pacelle, Mike Markarian, and other HSUS bigwigs weren’t willing to dip into those accounts supplied by donor contributions to keep those 55 staffers employed.

And all this isn’t even the most shocking news to emerge from HSUS on Friday. We’ll give you the rest of the story this week.