One of the fallouts of the Netlfix docu-series Tiger King is that many Americans are seeing that animal “sanctuaries” aren’t all they are cracked up to be. One of the series’ protagonists runs a sanctuary called Big Cat Rescue with a sketchy past that includes multiple citations by federal inspectors. Just because it’s called a sanctuary doesn’t necessarily mean it’s a better facility than a zoo. What really matters is not the label, but the quality of care.

Now we have learned of allegations by a whistleblower who worked for 3 years at Project Chimps, a Georgia sanctuary for chimpanzees that is controlled by the Humane Society of the United States.

Her Facebook posts are below. She claims she was fired this week for “voicing concerns about animal welfare, the living conditions of the chimps, and inadequate veterinary care.” She claims she notified a number of outside watchdogs of the animal mistreatment, but got nowhere. She also alleges the head of the governing board sent an email out to staff threatening them if they spoke up.

This looks to be another scandal involving HSUS’s animal care centers. In 2016, HSUS caused controversy by closing a Massachusetts wildlife center, claiming it was too costly to run–all while spending millions on a political initiative in the state. HSUS also began the process last year of spinning off a wildlife center in south Florida, again claiming financial issues. This is all while HSUS’s CEO makes over $300,000 and HSUS has tens of millions of dollars in offshore accounts in the Caribbean, according to its most recent tax return.

And the alleged threat reminds us of HSUS’s #MeToo cover-up, when the HSUS board closed an investigation into its CEO, Wayne Pacelle, who had been credibly accused of sexual harassment, while a board member made light of the serious situation. (Pacelle later resigned.) There are powerful people who don’t want bad information to see the light of day.

We’ll be following this story and report more information when we have it. 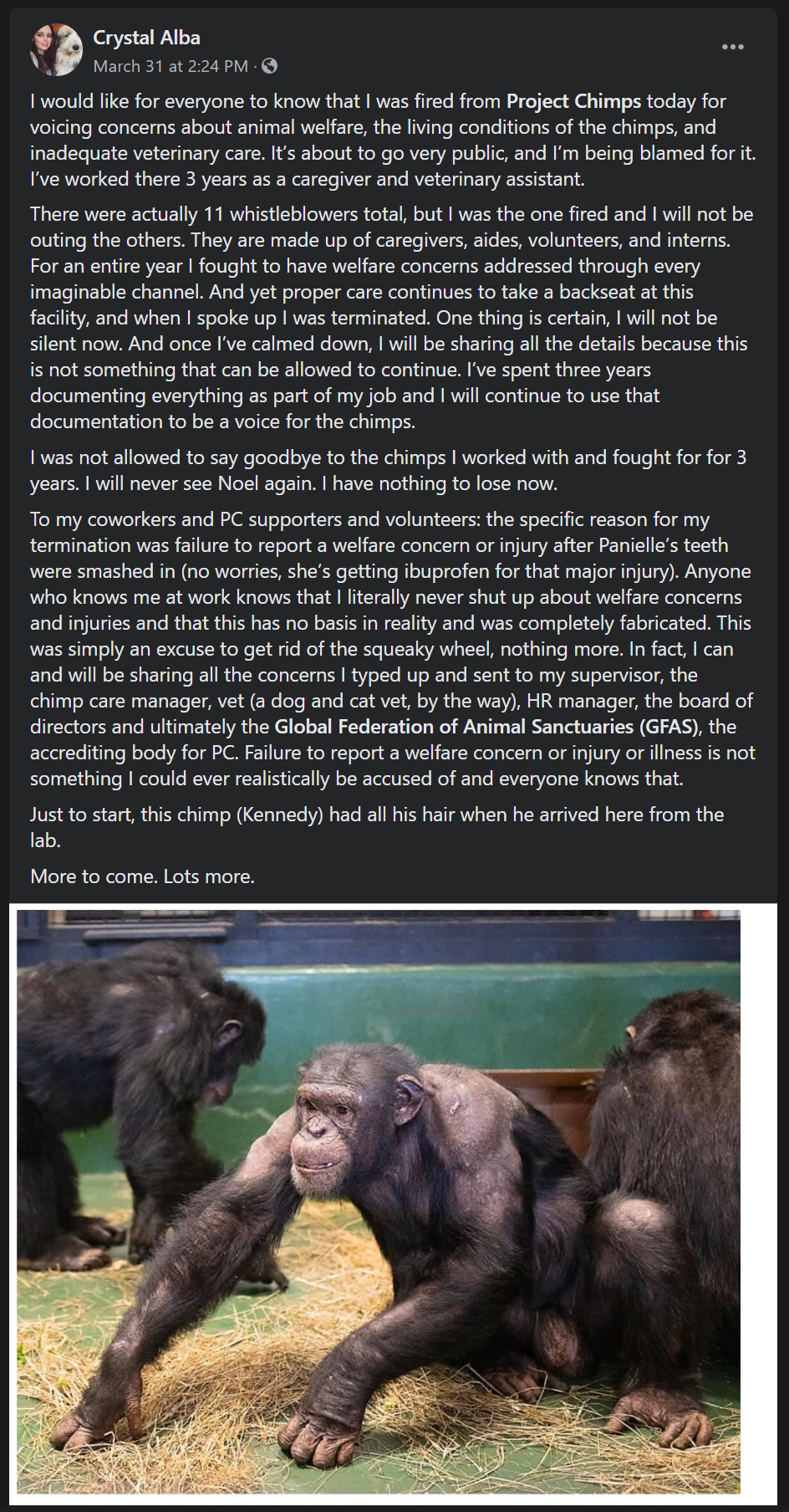