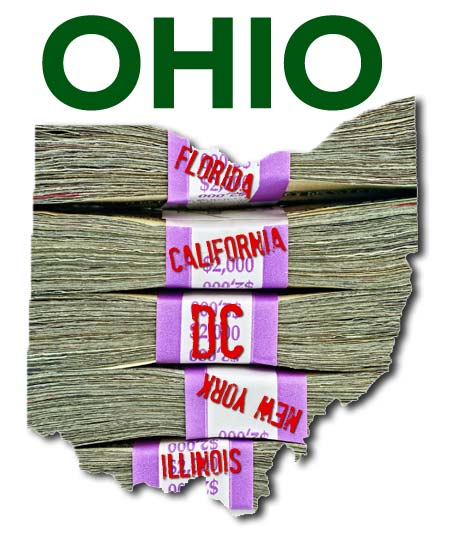 Last June’s “Ohio Compromise” between HSUS, the Ohio Farm Bureau, and former governor Ted Strickland temporarily put off HSUS’s promised ballot campaign on behalf of egg-laying chickens. But it was a last-minute deal. Until the bargain was made, all expectations were that Ohioans would be faced with a Proposition-2-like, California-style ballot initiative campaign leading up to a vote in November 2010.

Accordingly, HSUS had set up an Ohio front group run and funded by out-of-state interests: the misnamed “Ohioans for Humane Farms.” As it prepared for the real deal, this group proceeded to solicit donations and gather signatures in support of the initiative.

We’ve obtained campaign finance filings for “Ohioans for Humane Farms” that are legally required to be filed with the state. (They can be found on the Ohio Secretary of State’s website.) These documents tell a fascinating story about HSUS’s ballot campaign that almost went the whole nine yards.

Another $150,000 (7.6 percent) came from HSUS’s veganism-promoting animal-rights ally Farm Sanctuary. This is the same Farm Sanctuary group that paid a $50,000 fine in 2002 after the Florida Elections Commission found it guilty of 210 counts of campaign finance fraud following that year’s (successful) campaign to add pregnant pigs to the state Constitution.

The expenditures of HSUS’s Ohio campaign also show its priorities. Ohioans for Humane Farms devoted 58% of its expenditures—a whopping $770,281—to “petition services” (that is, paying people to gather signatures in support of the ballot initiative). HSUS reportedly gathered 500,000 signatures in all. Assuming 90 percent or more were collected by paid canvassers, that’s a rate of about $1.71 per “purchased” signature. So much for the myth of HSUS’s “grassroots” campaign.

And that’s the lesson here: HSUS raises money primarily through the use of photos of dogs and cats, and then uses that cash to fund political campaigns that (among other things) attack livestock farmers.

The $1.6 million HSUS put into its Ohio effort didn’t buy an election—at least not yet. (HSUS’ signatures never expire, which could give the animal rights group leverage to “muscle” legislators for years to come.) Those funds did, however, buy a compromise deal and spare HSUS the steeper cost of advertising during the 2010 election season.

Can we expect the same million-dollar tactics this year in the state of Washington? Our money is on “yes.”