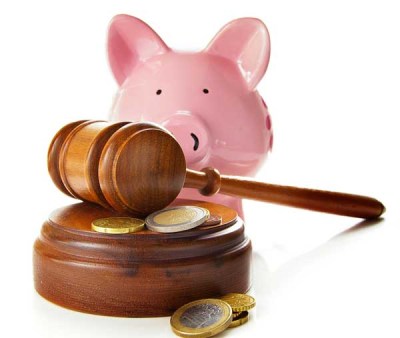 We’ve written several times about the federal racketeering lawsuit in which HSUS and two of its attorneys are defendants. But that’s not the only piece of litigation that HSUS is defending against.

HSUS, CEO Wayne Pacelle, and ex-employee Scotlund Haisley are defendants in a $5 million federal lawsuit stemming from a September 2009 “raid” on a South Dakota hunting dog breeder named Daniel Christensen. A judge later ruled the raid illegal because the search warrant was wrongfully obtained by an animal control officer who had “intentionally misled the issuing court.”

All of the animal cruelty charges against Christensen were dropped. But he didn’t get all of his dogs back. Some died after they were seized; others apparently were adopted out.

According to news reports, HSUS was “collecting evidence” and “safely and humanely removing” the Christensen dogs. As is usual, HSUS touted its involvement by issuing a press release. However, this didn’t go over well with the local prosecutor, Tiffani Landeen-Hoeke.

Here’s part of an email from Jordan Crump, then a public information officer at HSUS, to Landeen-Hoeke on the day of the raid (emphasis added):

I have drafted the attached (and below) press release for today’s rescue. Obviously, more specifics need to be added in once we get on scene. But this should be very close to the final version.

So HSUS wrote the press release before it even got on scene. And in that draft release, HSUS was calling Christensen’s operation a “puppy mill” with “horrendous conditions” and alleging that “These animals were clearly lacking proper medical care.” How could it know that for sure if it hadn’t been on the scene?

Landeen-Hoeke asked HSUS not to put out a press release at all, writing via email the day of the raid:

I do have serious concerns about presenting information that heightens public condemnation of either Dan Christensen or David Christensen. These people are innocent until proven guilty in a court….I prefer the press release written by Second Chance [ed.: a local group] and would request that it be utilized. I completely oppose any video or photos being released to the public.

The final HSUS press release—yes, HSUS put one out anyway—doesn’t appear to have changed much from the draft, claiming that there were “unsanitary conditions” at an “alleged puppy mill” and that “These animals were clearly lacking proper medical care.” HSUS also put up video on its Facebook, Myspace, and YouTube accounts and gave B-Roll footage to local TV news, according to court filings.

We’ll note that HSUS claims in an interrogatory response that Landeen-Hoeke gave her approval to put out the press release and release photos/video “via telephone on September 2, 2009.” But this is the only paper-trail evidence we have seen, and it is of Hoeke objecting on Sept. 2 to the release of this information. In fact, Hoeke says in a Nov. 23 email to an HSUS assistant general counsel that she “asked over and over again that there be no press releases or on-camera interviews….the moment this started to look like a fundraising event, my case was injured, possibly irreparably.” (In court filings, defense counsel claims that HSUS never solicited funds “to help care for dogs rescued on September 2, 2009”—but that qualifier doesn’t exclude the possibility HSUS used the raid to solicit funds for other reasons.)

Crump’s reply to Landeen-Hoeke on the day of the raid was that HSUS wanted to keep its members updated. But HSUS could do that in its membership magazine or via email. A press release is by definition meant for the press, not members.

That leads us to wonder: What was the real goal here? The evidence seems to support the idea that HSUS wanted media coverage and a fundraising opportunity. We won’t feign surprise.

This already looks bad for HSUS. And there are apparently thousands of pages of emails currently under a court confidentiality order—for now—while they are sent to Christensen’s lawyer. We can only imagine what’s in those, but we’ll have to wait and see if this thing goes to trial.

That’s an unfortunate irony of the case—HSUS had a full-court press after the raid, releasing video and photos and doing on-camera interviews. Christensen didn’t have a chance against this well-oiled PR machine. And now, HSUS successfully asked the court to keep confidential emails that might make them look bad.

Ever hear of the Golden Rule? Karma, perhaps? Innocent until proven guilty? That concept apparently doesn’t exist in HSUS’s world—not when the opportunity to get press is on the line.

We certainly hope Christensen sees this case through to trial. The case is dragging on, and meanwhile, Christensen went to bankruptcy court last year. It’s probably crossed the minds of HSUS to offer him a settlement deal at some point, with a gag order that Christensen can’t speak about the case. But if he guts it out, the long-term effects could be enormous.