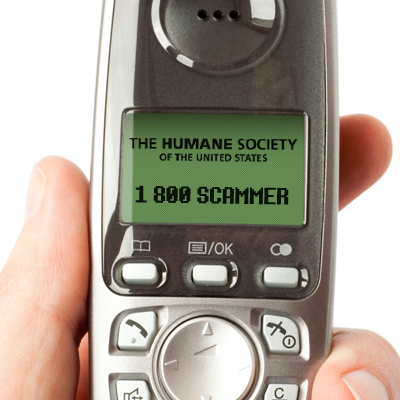 We told you last week about how HSUS has contracted extensively with a professional dial-for-dollars firm called the Share Group, even though, year after year, HSUS entered into arrangements whereby it kept pennies on the dollar of the money raised in its name, while the for-profit fundraiser hoarded the lion’s share. Donors’ doggie dollars simply weren’t winding up with animals in need. And HSUS signed off on it.

We flipped over another fundraiser rock, and we’ve uncovered something else startling.

HSUS’s factory-fundraising machine also has contracted with a firm called Donor Services Group (DSG). (For some reason, all of these fundraising outfits have remarkably bland names.)

The Commonwealth of Pennsylvania reached a “consent agreement” with DSG in July, whereby DSG agreed to pay Pennsylvania a fine of $14,000. Why? According to Pennsylvania, DSG's February reply to a state investigative subpoena “indicated that [DSG] employed individuals who have been convicted by a court of a felony or misdemeanor involving dishonesty or arising from conduct involving charitable solicitation.” According to the settlement, DSG “employed nine (9) individuals who were convicted of felonies or misdemeanors involving dishonesty to solicit monetary contributions from Pennsylvania residents.”

That’s not HSUS’s fault, of course, although we’d frown if HSUS continued to do business with this firm. To our knowledge, HSUS is still using DSG’s services—its contract with DSG goes through October 30. And the contract started in November 2009—so it appears possible that convicted criminals were calling up old ladies to try to get some doggie dollars.

What bothers us is that it’s a second firm with a questionable record that HSUS has used. Share Group, you might remember, entered into many settlements over the years with state authorities after charity regulators alleged that the group failed to follow the rules.

What’s more, included in HSUS’s contract with DSG was a copy of a sample script used by the company when fundraising on HSUS’s behalf. When asked by potential donors how much of their contribution goes to HSUS, the DSG caller is supposed to reply, in part:

Trying to estimate what percentage the charity might receive based off our flat fee is difficult since I don’t know all the information about how the Humane Society of the United States budgets fundraising costs, but it could be approximately 40% – 50% over two years.

Really? Because included with the contract is a statement (see page 2) that HSUS will get just 2 percent of the proceeds from DSG’s campaign. That’s right: 98 percent of the money raised goes to DSG. And yet, DSG callers are supposed to tell potential donors that HSUS’s take “could be approximately 40% – 50% over two years.”

And remember: both DSG and HSUS signed off on the contract. According to the contract, HSUS has to approve all scripts, which presumably includes this sample.

Is this honest? Is this legal? We wonder.