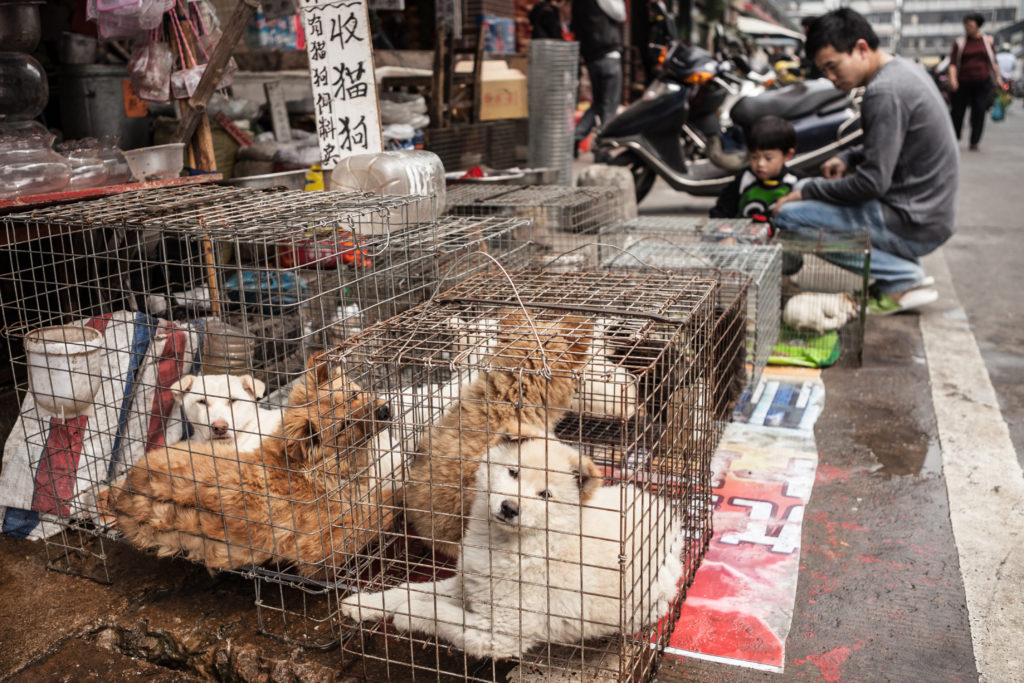 We’ve always suspected that HSUS’s work in China fighting the dog meat trade had a hidden dark side. While a worthy cause, the fact that it occurs half a globe away means that it’s a situation that could be ripe for abuse. Given HSUS’s history of attorney general investigations, paying $11 million to settle a fraud suit, and using high-profile events to pocket donations, we were skeptical that everything was as clean as a preacher’s sheets.

And we were wise to be distrustful.

A Nov. 29 piece written by Martyn Stewart, “Activism Gone Bad,” alleges HSUS’s international arm let dogs suffer. The whole piece is worth a read. Essentially, it goes into the interaction between two efforts in China to rescue dogs, one by California-based activist Marc Ching, and another by Humane Society International. The article outlines some tension concerning the annual Yulin Dog Meat Festival.

Here’s the part about HSI, for whom Peter Li is a consultant:

The heat in Yulin was sweltering. Many of these dogs were emaciated and undernourished. Even the ones I saw the day before at the slaughterhouse were pretty lifeless. What Marc was about to tell me turned my stomach.

Peter Li told Marc that if he didn’t make a statement on the his foundation social media page stating that HSI was helping Ching’s organization save dogs, Li would have the dogs they’d bargained for put back in the slaughterhouse (obviously Li must have had some deal with these people, too). Li told Ching that he had one hour to post the statement or the dogs would go back as promised. Marc told me he was forced to do what Li asked for the sake of the dogs’ lives.

Li then loaded an estimated 140 dogs into a truck and transported them 35 hours north of Yulin without any water, shelter, or food. When Marc found out he told Li to turn back and leave the dogs with him so he could put them in his shelter in Nanning rather than allow them to endure such a deadly journey. Li basically told Ching that the dogs would survive on adrenaline and if they die they die. Many of those dogs did perish. (PLEASE LISTEN TO THE AUDIO BELOW IN MARC’S OWN WORDS)

Marc told me this information was off the record but I have insisted that this be told for the sake of the animals and donors. I wrote to HSI in July, asking them to make a statement, but to this day they have ignored me.

The story seems to have struck a nerve, as Peter Li posted an official response from HSI to his Facebook page three days later saying in June Ching had “approached HSI’s team to ask us to take an additional 100 dogs. However, while HSI was providing post-rescue care for the first batch of dogs, HSI was attacked on social media because we had refused to help with the dogs Marc had purchased.” […] In addition, the Chinese advocates who had helped in the rescue of the first 120 dogs were not available to help with the additional 100 dogs. Therefore, HSI was not in a position to help with the second batch of dogs.”

Wait, what? Why wouldn’t HSUS/HSI help care for 100 dogs?

Consider this: Marc Ching’s foundation brought in $118,000 in revenue in 2015, according to Guidestar. That same year, HSUS brought in 1,000 times more money. And yet HSI is admitting it wouldn’t care for 100 dogs. Is that really such a hard lift when you’re a wealthy group with local partners? We can’t imagine so.

Consider also: How much money has HSI/HSUS raised to help stop the dog meat trade in China? We don’t know, but with all of the publicity HSUS gets around the issue, it must be in the millions. On top of that, HSUS put over $150 million into offshore Caribbean funds between 2012 and 2015. It has no shortage of cash to help animals—if it wants to.

For HSUS to turn its back on dogs in China is a regrettable betrayal of its mission.

And Ching looks terrible as well. On Nov. 26, the Daily Mail broke a story that “Ching’s high-profile operation deteriorated into farce, and ended with hundreds of dogs suffering slow and excruciatingly painful deaths within days of being rescued.”

It appears that there are two troubled operations. Given the seriousness of the allegations, HSUS should make a full accounting of all of its fundraising related to China and all of its expenditures and activities. Any honest and transparent leadership would.