Did Your Rescue Dog Come From a Foreign Puppy Mill? - HumaneWatch 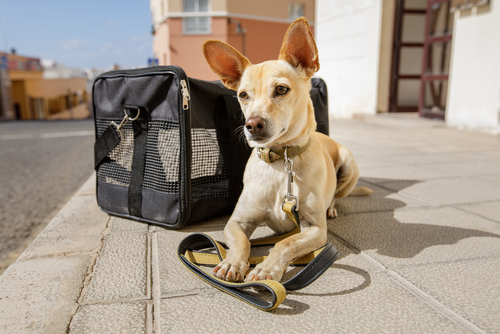 Earlier this summer we wrote about a hidden but massive problem for animal welfare: animal trafficking. A new report just revealed how bad the issue is.

Unbeknownst to many, there is little regulation over the importation of pets into the US. All you essentially need is a rabies vaccine and the dog must appear healthy. So if you wanted to import, say, purebred dogs from an Eastern European puppy mill and sell them, it’d be pretty easy to do. Recently, dozens of puppies were seized at JFK Airport under a scheme that may fit this bill.

Now, for the first time, the federal government has released a report on the importation of dogs. It is estimated that over 1 million dogs were imported into the country last year.

Why so many dogs?

According to the American Pet Products Association, pet ownership has risen 56% over the past 30 years, with the trend continuing upward. The rise in ownership means a rise in demand. But as more states and localities have passed laws banning pet stores from selling furry friends, it becomes harder to meet the demand for dogs.

The public wants certain breeds of dogs, and shelters often don’t have them (precisely because they are in such high demand). If pet stores can’t sell them, then with nowhere to go for specific breeds, many (including shelters) are left to search online through shady and disreputable suppliers for a family pet. These suppliers are from outside the country in places with no regulation or care for the animals. These imported animals can be riddled with diseases–including rabies in pet dogs.

In other words, banning pet stores from selling dogs from regulated U.S. breeders has created a perfect recipe for a black market for puppies from unregulated breeders in foreign countries.

The 2018 Agriculture Improvement Act mandated this report detailing the amount of dogs imported into the United States over the last 3 years. Previously, the US Department of Agriculture only tracked dogs for the purpose of resale, while the CDC only tracked dogs from countries with rabies outbreaks or no proof of immunization.

According to the report, less than 0.28% of the over a million dogs are regulated by USDA–only about 3,000 were marked for resale. Smugglers can import the dogs and label them as “rescues” to avoid having to set a value on the animals and pay a tax.

The CDC isn’t much better. The CDC has found multiple cases of dogs bringing in rabies from Egypt in recent years. Yet, 75% of all imported dogs don’t even have to pass the CDC’s rabies requirements.

Diseased and unregulated dogs are entering our country at an alarming rate while breeders who follow USDA regulations are constantly barraged with intense scrutiny. Ironically, this is a problem created by animal rights groups such as the Humane Society of the United States that have put up barriers to families getting pets from regulated sources here in America.