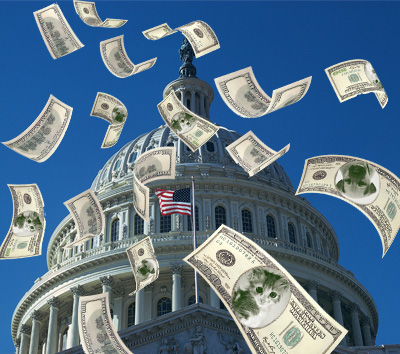 That’s not a rhetorical question. In fact, it’s at the heart of a new complaint against the Humane Society of the United States (HSUS—not affiliated with your local humane society). And it’s brought by a man who’s been a thorn in the side of the animal rights group: Frank Losey.

We interviewed Losey last year about another campaign he’s running called “Spay and Neuter the HSUS.” In that campaign, Losey targets HSUS’s lobbying activities, arguing that they may go past the legal limits imposed on 501(c)(3) nonprofit organizations. All charities can engage in a limited amount of direct and indirect lobbying, but too much lobbying can be grounds for the IRS to revoke a group’s nonprofit status. Losey found that between 2004 and 2008 HSUS had engaged in 2,000 distinct lobbying activities.

Several Congressmen have also piled on the effort to get the IRS to investigate HSUS. If this effort succeeds, there could be earth-shattering fallout. The IRS is not something to be messed with. Just try not paying your taxes and see what happens (or read up on Al Capone).

Losey believes that HSUS may have violated the Lobbying Disclosure Act of 1995 (since amended) by not registering some of its entities or employees in accordance with the law’s provisions. You can read an online copy of the letter Losey sent to the U.S. Attorney’s office in D.C. He lays the case out in heavily detailed fashion, including voluminous appendices totaling more than 150 pages.

Just the letter is 18 pages long, but don’t be intimidated. It simply goes to show how much material there is on HSUS’s lobbying activities and how many times HSUS claims a legislative or political victory on its website.

We’re not lawyers, but we will say this: HSUS declared $17.3 million in lobbying expenses between 2005 and 2009, which is more than it gave to pet shelters, according to its tax returns. That’s a problem, especially considering that HSUS’s ubiquitous TV commercials are approximately 95 percent images of cats and dogs, and 0 percent malnourished lobbyists.

And it is curious, as Losey points out, that some executives of HSUS’s lobbying arm had their average hours per week reduced from 10 to 1 from 2007 to 2008, according to the group’s tax returns. That’s quite the sudden reduction. Can anybody be a one-hour-per-week executive vice president? Or president?

We’re hopeful that a thorough investigation will be carried out on HSUS’s activities to influence legislation or elections—actually, we’re optimistic that one is already under way. Feel free to read Frank’s letter and his outline of his complaints and judge for yourself.