'Direct Care' By Whom? - HumaneWatch 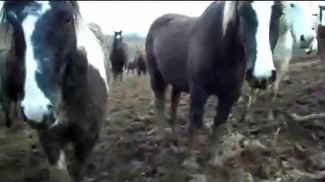 HSUS recently bragged that it is “consistently at the top among hands-on services provided by any humane organization.” That was right before we discovered that HSUS’s self-calculated “direct care” for animals plummeted last year compared to 2010. As we’ve dug a little deeper, we’ve had more questions about HSUS’s claim.

For example, most of the “direct care” HSUS counts is spay/neuter procedures. And that “direct” care may actually be provided by others—HSUS just puts on the PR to promote it.

HSUS also brags that it operates several wildlife and horse sanctuaries. Here’s a little background on them:

Black Beauty Ranch—a 1,300-acre Texas ranch originally operated solely by the Fund for Animals. The Fund merged with HSUS in 2005, and HSUS is now listed as a “partner.”

South Florida Wildlife Center—this was actually founded in 1969. From what we can see, this group (known as the “Wildlife Care Center SPCA of Broward County”) is still a separate organization from HSUS.

The Cape Wildlife Center—founded in 2000 and located in Massachusetts, currently run by the Fund for Animals “in partnership” with HSUS.

Duchess Sanctuary – this Oregon horse sanctuary was apparently only “made possible” (HSUS’s words) because of $3.5 million in grant money to buy and manage the property from The Roberts Foundation, the Ark Watch Foundation, and the Ark’s founder. (Given that HSUS has $200 million in assets, couldn’t it spare a few million?)

The Doris Day Horse Rescue and Adoption Center—started in 2011, it’s a center on the Black Beauty Ranch that received a quarter of a million dollars in support from the Doris Day Animal Foundation, an independent group affiliated with HSUS, and operated by HSUS and the Fund for Animals.

We’re not sure how many HSUS resources go towards these groups. The Fund for Animals still files a separate tax return, which indicates to us that it’s still a separate group. The Fund’s latest return indicates that it spent almost $1.5 million on the two wildlife centers. The Rabbit Sanctuary is a separate group from FFA and HSUS, as well.

Records indicate that the Fund sent about $55,000 to the South Florida Wildlife Center and Rabbit Sanctuary in 2010. However, we don’t see HSUS giving money to either group that year. Yet Wayne Pacelle is off telling a TEDx crowd that “we run a rabbit sanctuary.” Um, not really—we’d have to say someone named Caroline Gilbert does.

Here’s what it seems like: Almost all of these “direct care” projects were started by groups other than HSUS and simply brought under HSUS’s umbrella through mergers/acquisitions. As far as we can tell, these sanctuaries are largely funded by HSUS affiliates.

Consider this disclaimer on the Fund for Animals’ website:

While The Fund and The HSUS are partners in these efforts, donations to The Fund for Animals are used specifically to support Fund programs, such as the direct animal care centers…

So it seems like these are “Fund programs”—not HSUS programs. (The Fund is a legally separate group, so it makes sense.) HSUS “direct care” programs only make up about 8 percent of its budget—and a lot of this seems to be directed toward non-sanctuary uses.

Is it really intellectually honest for HSUS to take credit in the manner it does? In its most recent tax return, HSUS says to reference the separate tax returns of the Fund for Animals and the SPCA Wildlife Center when it discusses the sanctuaries, writing that the Fund is “responsible for most HSUS animal care facilities.”

Think we’re splitting hairs? The Fund raises money on its own letterhead.  There seems to be potential for double- or triple-counting. In fact, in one blog post, Wayne Pacelle claims that 60,000 animals were “cared for by The HSUS”—but in that tally he includes 27,000 animals that received care from Humane Society International, a separate group. See what we mean?

We’re not going to knock whatever help HSUS provides for these projects. But there’s a lot of talk going on. Can’t HSUS do more?