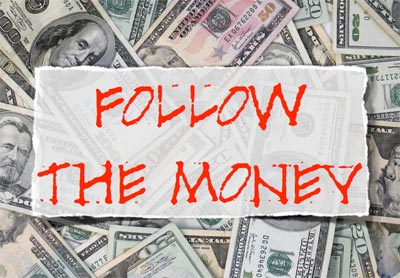 UPDATE: The DISCLOSE Act passed in the House of Representatives this afternoon by a narrow margin.

The buzz today in the U.S. Congress is all about a piece of campaign-finance legislation called the DISCLOSE Act. The proposed federal law could get a House vote as early as today. It would do a lot of things, but one new requirement is making it buzz-worthy: People who produce political campaign ads would have to list their top five funders in the ads themselves.

More than 300 organizations have come out against this concept. (HumaneWatch’s parent organization hasn’t taken a position.) Most interestingly, the National Rifle Association has apparently agreed to not lobby against the bill—as long as it has a special exemption carved out for itself. (Welcome to Washington.)

But the exemption may be written broadly enough to include, eventually, part of the Humane Society of the United States’ interlocking universe of nonprofit groups.

So we could be in a situation a few years from now where, for instance, McDonald’s would have to disclose if it’s paying for a political ad, but HSUS’s lobbying arm could quietly electioneer without having to “out” itself.

Conflicting reports about this have been circulating about this for the past nine days, and Members of Congress have been known to change legislative language right up to voting time. But here’s what we know right now.

The special “NRA amendment” that inspired the current brouhaha was originally proposed by Congressman Heath Shuler (D-NC), but his language has since been folded into a much larger (45 pages long!) amendment. It starts on page 26, under the heading “Exemption of Certain Section 501(c)(4) Organizations”

We won’t reprint the whole thing, but it basically says that if your organization meets all of the following criteria, it doesn’t have to disclose when it funds a political ad:

See how that works? The Congressional staffers who wrote this up probably intended for it to only cover the NRA. But you know what they say about the best laid plans of mice and men (and legislative attorneys).

The proposal was aimed clearly at the NRA — which signaled it would oppose the legislation otherwise — but legislative aides said the exemption could also apply to a handful of other large organizations, including the AARP seniors group and the Humane Society of the United States.

The next day, that same Post reporter who wrote that story blogged a correction of sorts:

It is unclear what groups other than the NRA might qualify: Although Democratic aides cited the Humane Society of the United States as an example, a Humane Society spokeswoman said it would not qualify for the exception because of the way it is organized.

That’s true—sort of. A week later, HSUS seems to be more carefully calibrating its own analysis. This is from a blogger at the liberal “Daily Kos” website:

Note: in previous posts I included the Humane Society as one of few organizations that could benefit by the NRA exemption. It would not. An e-mail from their PR department says: "The HSUS is registered as a 501(c)(3) organization, and the reporting requirements are moot since The HSUS does not engage in candidate campaigns. Our political affiliate, the Humane Society Legislative Fund, is a relatively new 501(c)(4) organization that would not meet the tests to be excluded under the current proposal because it does not yet have one million members." (emphasis added)

Did you catch the use of the word “yet”? And since HSUS’s PR staff sent that e-mail, the bill’s requirement for group membership has been cut in half, to 500,000. (See #3 above.)

It’s also true that the Humane Society Legislative Fund isn’t (yet) ten years old. But it’s halfway there. It received its 501(c)(4) status from the IRS in 2005. So if the DISCLOSE Act becomes law, HSUS will have five years to boost the group’s membership to a half-million.  And it will instantly become legally able to fund stealth political ads without following the same rules as its political opponents.

Wayne Pacelle once quipped that his goal was to create “a National Rifle Association of the animal rights movement.” He just might—at least come election season in 2015—be one step closer.