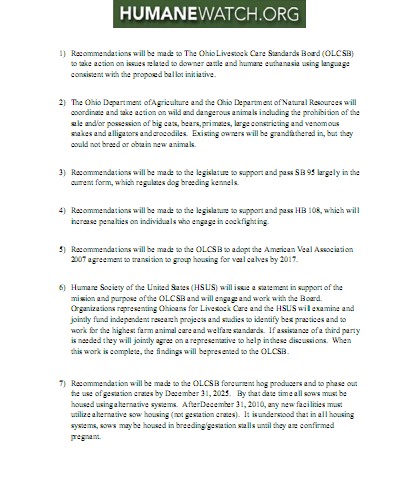 This is a circulated draft of an agreement in principle reached on June 30, 2010 between:

It outlines a series of actions that the parties reportedly agreed to pursue as a condition of HSUS not pursuing a November 2010 ballot initiative in Ohio. HSUS’s proposed ballot question would have dictated specific livestock standards to the state’s Livestock Care Standards Board.