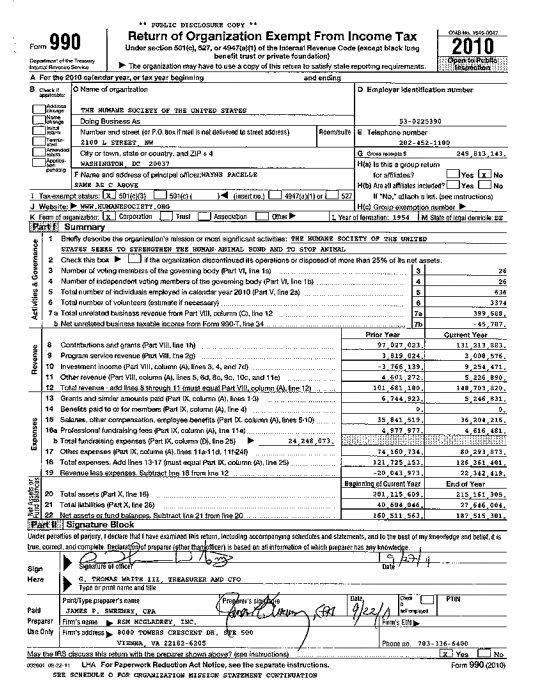 This is the Form 990 (tax return) filed by the Humane Society of the United States for the tax year 2010. It was filed with the IRS on September 2, 2010. At 146 pages, this tax return covers most financial aspects of HSUS, and provides accounting details unavailable anywhere else.

According to this tax return, less than 1 percent of the HSUS budget in 2010 consisted of grants to real “humane societies” and other hands-on pet shelter groups in the United States.

Here are some other highlights: