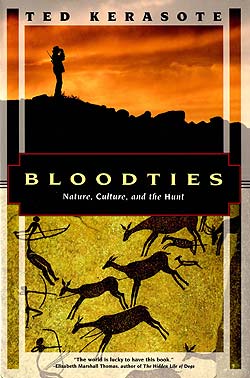 Bloodties is the source of several controversial quotes attributed to Wayne Pacelle, CEO of HSUS. They resulted from in-person interviews the Kerasote conducted with Pacelle in January 1992.

Among the most interesting bits of Bloodties: