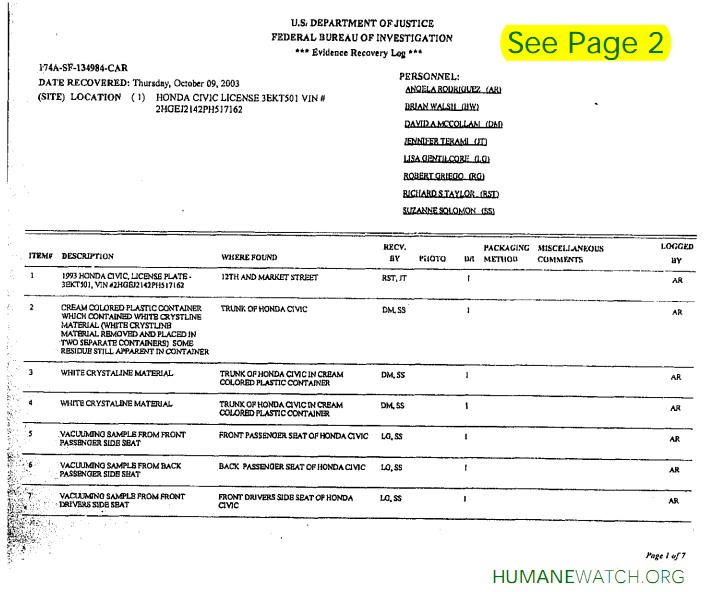 This is an FBI “search inventory” of items seized in a search of the automobile belonging to Daniel Andreas San Diego, a federal fugitive on the FBI’s “Most Wanted Terrorists” list. San Diego is wanted for the 2003 bombings of two California biomedical companies. One of those explosives included a “secondary device” with a timer designed to detonate when paramedics and other first responders arrived.

San Diego allegedly attacked these firms because of their business relationship with a New Jersey research laboratory firm then known as Huntingdon Life Sciences (now Life Sciences Research International). That company uses animals in its work toward curing AIDS, cancer, and Parkinson’s disease.

Among the items inventoried in this search were various chemicals and other materials used in making explosive devices. FBI agents also found a $100 check written to San Diego by Ariana M. Huemer, a “cruelty case worker” employed by the Humane Society of the United States.