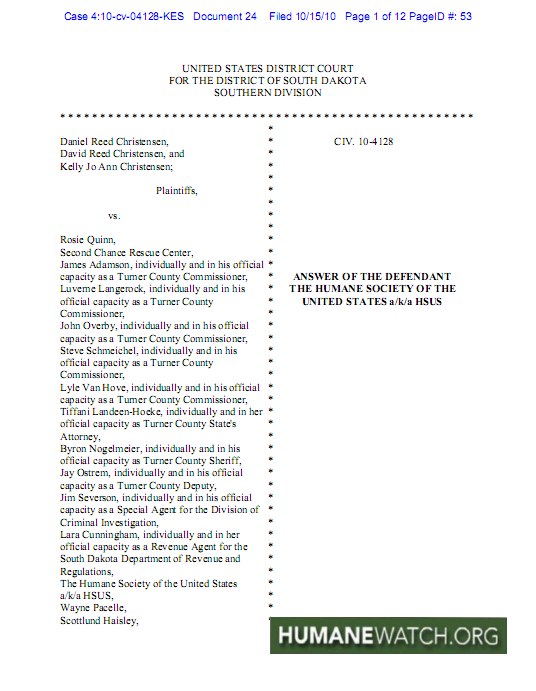 Christensen sued HSUS following a September 2009 raid on his property. A judge ruled in early 2010 that the search warrant used in the raid, which was executed largely by HSUS and two animal control officers, was wrongfully obtained. The judge also declared that  the animal control officer requesting the warrant “intentionally misled the issuing court by omitting material information in her affidavits and supplemental testimony.”