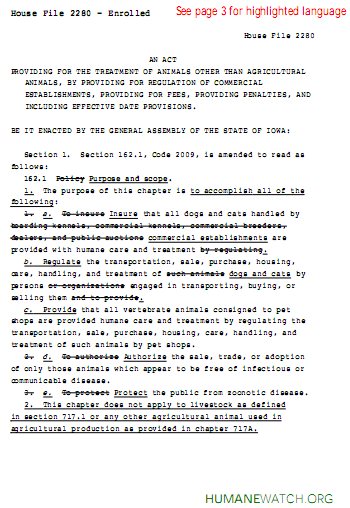 This is the full text of Iowa HF 2280, a bill signed by Gov. Chet Culver that regulates commercial dog breeders.

In its published language, a "commercial breeder" is defined as anyone who keeps more than three dogs for breeding purposes.

But HSUS promoted this law's passage as an effort to "broaden state oversight of large-scale puppy producing operations, known as puppy mills," and said it "gives state officials the authority to inspect mass-scale puppy production facilities."