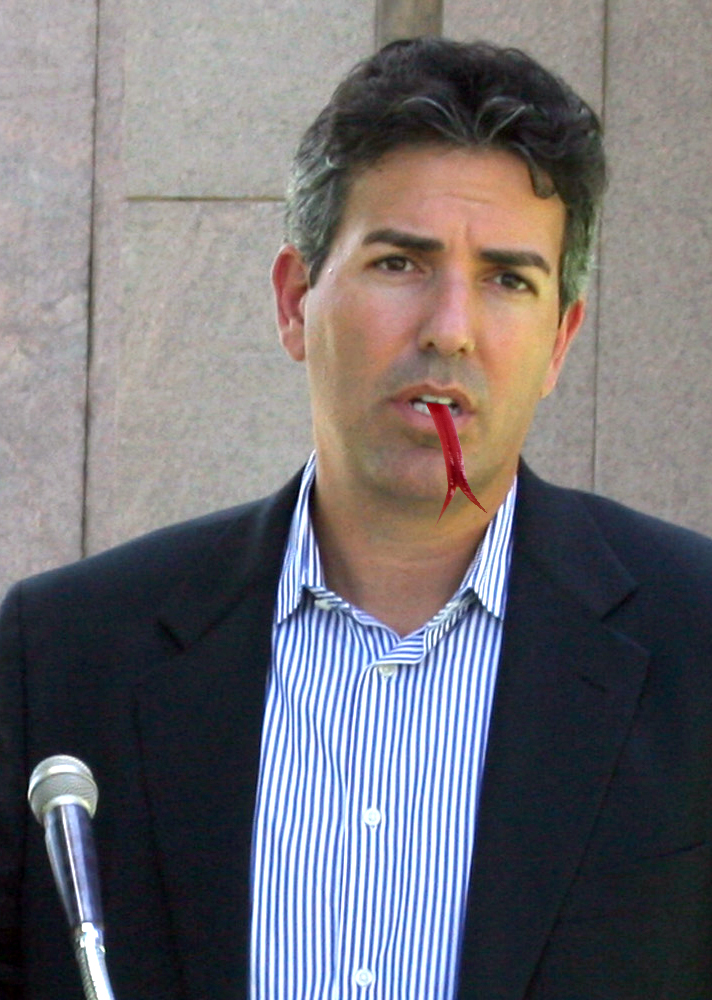 Despite its name, the Humane Society of the United States is not a pet shelter group, and doesn’t run any pet shelters. But it does spend an inordinate amount of time attacking farmers as part of its self-admitted anti-agriculture agenda. Recently, one of the tactics HSUS has used to try to distinguish itself from its kooky allies at PETA is working with smaller agriculture groups as part of a divide-and-conquer strategy. This gives it “cover” against charges it’s anti-agriculture, while allowing it to throw its weight around attacking other farmers in the animal agriculture industry with an unrelenting series of attacks, whether frivolous lawsuits, SEC complaints, or similar assaults. Essentially, HSUS is trying to position itself as a friend of “family farmers” and merely an opponent of “Big Ag.” (A false dichotomy since most farmers are family farmers, but that’s a topic for another day.)

The latest deal that HSUS has cut is with a group called the Organization for Competitive Markets, a small cadre of beef interests that opposes the checkoff program that pays for general advertising to promote beef-eating. (Think: “Beef. It’s what’s for dinner.”) HSUS’s legal team provided free research to OCM to support OCM’s lawsuit seeking to throw a wrench in the program. But is the enemy of OCM’s enemy its friend? One agriculture columnist checked out this latest link-up and came home skeptical of HSUS’s motives:

I sat through [HSUS CEO Wayne] Pacelle’s speech to OCM in Kansas City and I waited to hear him talk about markets and what the HSUS could do for family farmers. Pacelle talked…and talked. But he never got to the part about how the HSUS was going to help support family agriculture.

HSUS talks a big game about “humane” animal agriculture and “family farmers,” but is short on “walk” for a very good reason. If HSUS defined some food products from animals as “humane enough,” it couldn’t move the goalposts as easily in the future. It’s a lot harder to move a fixed goal than a wishy-washy one further towards veganism, and HSUS knows this. After all, despite claiming to be looking out for the egg industry, HSUS won’t serve a single egg at its annual conference, even a free-range, organic one.

Catering to a tiny fringe tells you who’s really running the show, and it’s not Mr. Moderate. After all, why does HSUS care about general marketing finances? Since when is that in a “humane society’s” purview? It isn’t, nor are donors to HSUS who see the weepy commercials with dogs and cats knowledgeable that their donations are funding lawyers to engage in these shenanigans.

This is simply a political revenge move. One beef group opposing HSUS’s “egg bill” in Congress gets checkoff money. HSUS is just looking for a way to get even since, so far, that bill has basically gone nowhere. That’s not speculation—Wayne Pacelle actually said so himself.

Should it really shock us that HSUS is facing a lawsuit under a law designed to fight the mob?

So, if Pacelle wasn’t talking about how HSUS specifically intended to help small-scale agriculture, what was he talking about? The columnist reports:

Instead, Pacelle preached to a room full of people who grew animals for a living — who have lived with animals from the day they were born — about the “bond between us and animals” and how we have become “alienated from animals.”

That’s funny, especially given Pacelle’s own statements about the bond between animals and him—or lack thereof. He once told an interviewer “I don't have a hands-on fondness for animals” and “there's no special bond between me and other animals.” Given that HSUS has 50 in-house attorneys, we’d suspect there’s evidence he has more hands-on fondness for lawyers (to say nothing of the pension plan).

And what has HSUS done, publicly, to bring over their largely urban constituency to support independent farmers and ranchers? Well, HSUS did pay for a few sweet rolls and some coffee at the OCM convention, a donation celebrated in a sign set next to the silverware. But what else?

Somehow, we bet the coffee wasn’t provided with cream. Remember, the only food item bearing HSUS’s logo is Tofurky, and HSUS promotes a “Guide to Vegetarian Eating.” Its food policy director is a former PETA activist who called a decrease in meat consumption “good news.” If animal agriculture groups want to work with HSUS, all they will change is their place in line for HSUS attacks.

Is their livelihood really worth some rolls and a cup o’ joe?