Embarrassment Brewing for "Humane Legislator of the Year" - HumaneWatch 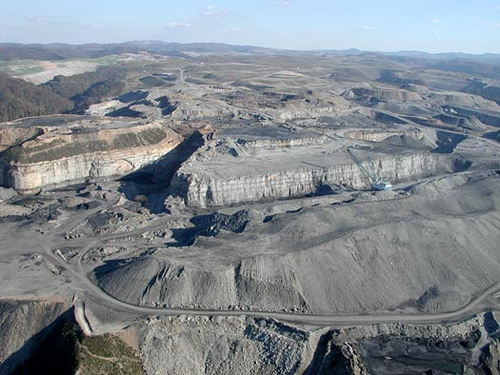 People have mixed feelings about the Huffington Post, so take this with a grain of whatever if you're not a fan. But acclaimed United States of Appalachia author Jeff Biggers thinks HSUS is about to step in it. Big time.

This might be one of the Humane Society’s cruelest acts against animals, and humanity.

In the face of one of the most irreversible and egregious environmental and wildlife catastrophes in the hemisphere, and a blatant disregard for the human rights violations of mountaintop removal, the Humane Society [HSUS] announced today that it will give its “2009 Humane Legislator of the Year” to the greatest congressional defender of mountaintop removal–House Natural Resources Committee Chairman Nick Rahall, (D-W.Va.) …

What is the Humane Society thinking? Don’t they know about the nightmare of mountaintop removal? … Tonight’s “Humane Legislator of the Year Award” is nothing less than an insult to besieged animals, and American citizens, in Appalachia and across the nation.

The Humane Society couldn’t have consulted with anyone working to save the fauna of southern Appalachia. It’s impossible to think of Representative Rahall as a “humane legislator” in light of the thousands and thousands of wild animals he’s condemned to death or dislocation … Those mountains Rep. Rahall has helped kill were home to deer, bears, bobcats, squirrels, raccoons, possums, foxes, rabbits, hawks, owls, snakes, lizards, songbirds, fish, frogs and sundry other living things for which Congressman Rahall shows openly hostile disdain.

Ouch. What was that HSUS was saying just yesterday about trying to represent the interests of all animals? We bolded the bobcats, raccoons, and rabbits because they're depicted in the HSUS logo.