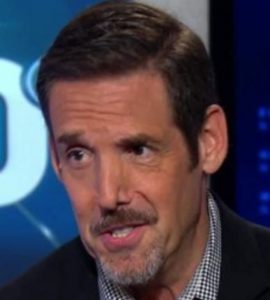 What do you get when you combine a former spokesman for animal rights terrorists and a former drug user? You get this week’s Rolling Stone article on dog breeding.

The article, published online Monday, is being heavily touted by HSUS and its notorious CEO Wayne Pacelle. The article appears to be laying the groundwork for a lobbying campaign in North Carolina. In fact, Rolling Stone is a fitting place for HSUS propaganda. You may have seen Rolling Stone in the news recently as the loser of a defamation lawsuit involving a false story about an alleged rape at the University of Virginia. Rolling Stone has retracted the story, and, with the reporter, is now on the hook to pay $3 million in damages to a university dean who was defamed. To use post-election lingo, it now appears that Rolling Stone is vying for the title of Fake News Central.

And perhaps there’s no more fitting author here than Paul Solotaroff. Solotaroff has a history of being chummy with HSUS, writing suck-up pieces for Rolling Stone and Men’s Journal, calling Pacelle the “film-star-handsome president and CEO of the Humane Society.” In writing this latest piece, Solotaroff turned for help to HSUS employee John Goodwin—a former spokesman for the FBI-designated domestic terrorist group Animal Liberation Front. Solotaroff, meanwhile, has his own checkered past, having admitted to using hard drugs. Solotaroff has been condemned by Village Voice—where he once worked—as a “charlatan” who “engaged in an array of misleading, dishonest, and unethical behavior.“ So appropriate for someone flacking for Pacelle.

So what’s wrong with the article itself? Let’s dig in.

The piece hinges on a raid conducted by law enforcement and HSUS on a woman in North Carolina who was allegedly running a puppy mill.

The connection? HSUS is pushing legislation that would ban the sale of pets at pet stores if those pets come from a breeder—even if the breeder runs the equivalent of a Ritz Carlton for dogs. But these laws exempt pets that come from shelters and rescues. HSUS’s entire media strategy, including the Rolling Stone piece, relies on the false dichotomy “breeder bad, shelter good.”

But here’s the catch: The dogs in North Carolina appear to have come from a shelter. The woman raided in September had operated an animal shelter that had had its license revoked in 2015. Incredibly, this fact isn’t mentioned in the story.

What’s more, dog breeders are already regulated under federal animal welfare laws (hobby breeders with a couple of animals are exempted). And in many states, there are “lemon laws” for pets. So there are standards for commercial breeders that are enforceable.

But there appear to be fewer standards for operating a “shelter” or “rescue.” Michigan State University’s Animal Law site notes, “There are no national laws regulating pet rescues or foster care homes. Also, very few states define these terms in their statewide legislation.” Other regulations “may” apply—or may not. “Although there are few laws that directly regulate rescue and foster care groups, there are a small handful of laws that do. However, even with the laws in place, often there is a lack of enforcement,” the site continues.

In the case of this North Carolina shelter, state inspectors had found problems since 2013. At the time its license was revoked in April 2015, the “shelter” had 55 dogs and 7 cats. At the time of the raid in September, authorities seized 105 dogs and 20 cats.

So at least in North Carolina, there are some regulations of shelters. But this raises several questions:

1)      If state authorities revoked the animal shelter’s license, why did they wait a year and a half before seizing the animals?

2)     Would HSUS’s lobbying for pet store bans have helped prevent this situation from occurring?

The answers to 2 and 3 seem clear to us: No. The Rolling Stone article noted that the North Carolina shelter operator “supported herself for years on the profits from her kennel.”

What seems most productive would be to address the first question, perhaps through enforcing existing laws better. Yet in Solotaroff’s article, HSUS rattles on about increasing regulations on already regulated breeders.

Further, in the bigger picture, how many shelters or rescues are out there, unregulated or loosely regulated, that are not treating animals humanely? Do these animals even matter to HSUS, or are they more concerned with the breeders who are in the business of providing pets? One clue is Pacelle’s admission that “I don’t want to see another cat or dog born.”

Everybody is in agreement that animals should be treated well. But HSUS is (once again) seemingly more concerned with politics than with logical policy. And stories like Solotaroff’s are part of the weak stable of Pacelle sycophants who are on the edge of real journalism.

After the UVA fiasco, Rolling Stone should be doing better.