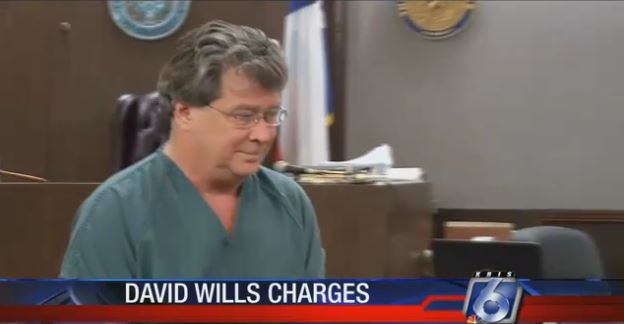 David K. Wills, a former vice president of the Humane Society of the United States, was sentenced this week to life in prison following his conviction on child sex abuse charges. It’s a fitting end for this scum–and a good time to reflect on the long history of scandal at HSUS.

Wills was brought on by HSUS in 1991, where he was a vice president who ran the group’s investigations. Wills was close with Wayne Pacelle, who joined HSUS in 1994–reportedly on Wills’ recommendation–before becoming CEO in 2004. It was a job Wills himself had angled for before he was fired in 1995 under a cloud of sexual harassment allegations.

Along with sexual harassment allegations, Wills was accused of embezzling from HSUS. According to Animal People News, Wills was both married in a ceremony in Mexico that was officiated by HSUS executives John Hoyt and Paul Irwin (both former ministers) just weeks before he was fired, and the use of HSUS funds to pay wedding-related costs came under question.

Hoyt and Irwin were themselves the subject of scandal at HSUS when some board members were concerned about HSUS paying for personal expenses of the two executives. HSUS had bought Hoyt’s house, and then allowed him to live in it rent-free; HSUS also “reimbursed” Irwin $85,000 for a vacation home. The “dissident” board members who criticized these arrangements eventually lost out.

Irwin would go on to run HSUS after Hoyt stepped down, and then became president of the American Bible Society, where he was engulfed in a porn-related scandal. After Irwin left HSUS, Pacelle would become CEO and take HSUS is a radical political direction before himself becoming mired in scandal and resigning.

Pacelle himself would resign in 2018 under a similar cloud of sexual harassment allegations. While Pacelle denied any wrongdoing, one of his accusers said she received over 100 private messages “from women at HSUS, formerly with HSUS, in other animal protection orgs, or working in other fields now because of how they were mistreated in animal protection work.”

Wills, Pacelle, and HSUS have certainly been about “animal protection” for a long time–just the wrong kind.