From the Desk of Wayne Pacelle - HumaneWatch 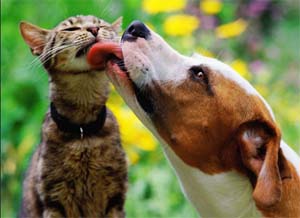 We’ve made a point of explaining that the Humane Society of the United States raises its money on the false premise that it’s primarily (or even exclusively) engaged in an animal welfare mission on behalf of dogs and cats. HSUS’s own TV ads make a compelling case for this conclusion, since they include very few animals that aren’t of the canine or feline variety.

HSUS has responded that of course it’s engaged in agitating for the rights of elephants, pigs, walruses, chickens, lab rats, cockroaches, killer whales, sharks, and the rest of the earth’s wide-ranging fauna. (OK—Maybe not the cockroaches.) HSUS Chief Operating Officer Michael Markarian even claimed this week in an Arkansas newspaper that “All our members know our mission…” as though there’s nothing surprising about an HSUS that spends less than one-half of one percent of its budget on dog and cat shelters.

But a helpful HumaneWatcher recently sent us a collection of recent HSUS fundraising mailers, and there’s one in particular that you should see. Is HSUS hiding the ball? You be the judge.

The letter was part of a “2009 Membership Renewal” fundraising pitch for people who gave HSUS money in 2008. The letterhead reads “From the desk of Wayne Pacelle.” It came from a ZIP code in Mount Pleasant, Iowa and included a reply envelope addressed to Phoenix, Arizona. Which is a little odd from a group based in Washington, DC.

After a page-and-a-half of standard fundraising language about “compassionate friends like you,” here’s how Pacelle ends his written plea for money (emphasis added):

I know that you are a person who is appalled and outraged about animal cruelty, abuse and neglect, and the terrible things that happen to puppies, kittens, dogs, cats and other pets. That's why you joined The HSUS in the first place!

So stay with us — please. We need each other.

It will take only a few minutes to renew your membership for 2009. By doing so, you'll be helping us continue to speak out for the animals who cannot speak for themselves.

The entire mailing consisted of four sheets of paper and a reply envelope. There was one picture of a dog, one of a cat, and zero of other animals. In fact, absolutely no animals other than dogs and cats are mentioned anywhere in the entire mailing. No livestock, no wild game, no circus animals, no nothing. Just Fluffy and Fido.

So remember, all you HSUS members out there: Wayne Pacelle knows that your concern about protecting pets is “why you joined The HSUS in the first place.” Don’t you think he ought to respect your wishes a little more often?