Give Local—Even in Post-Tsunami Japan - HumaneWatch 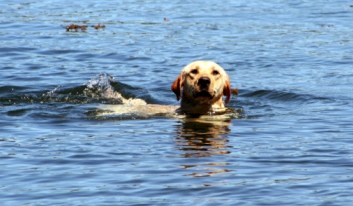 UPDATE: Less than an hour after we published this article, HSUS “tweeted” two specific pledges about Humane Society International’s post-tsunami work in Japan. (See here and here.) These are nice promises, but only time will tell if they’re empty ones.

It’s been more than a week since an earthquake rocked Japan and a tsunami devastated a wide swath of the country’s east coast. As we’ve come to expect, the international disaster has drawn a response from the Humane Society of the United States’ global arm, Humane Society International (HSI). And of course, that response revolves around a fundraising pitch.

HSI claims it sent a team to Japan to coordinate relief efforts with local groups. But as of today, it’s not clear what the organization is doing—or if they’re even allowed to do much at all. One thing HSI does not appear to be doing is hiring animal-rescue personnel. True to form, its “employment” web page lists only one job: “Online Fundraising Manager.”

In-house HSUS historian Bernie Unti writes on HSI’s website (emphasis added): “As the animal-related impacts of the crisis become clearer in Japan, we’ll be ready.” HSI’s Facebook page adds that the group is “extending our offer of assistance … our contacts are trying to learn about animal needs and are keeping HSI updated.”

On his blog last Thursday, HSUS CEO Wayne Pacelle said that his organization’s disaster response team was actually waiting in the Philippines, which Unti confirmed yesterday is still the case. It sounds like no one in the HSUS orbit can do much to help Japanese animals right now. And given the hazards on the ground, they may not be able to do anything at all.

Yet HSI is raising money to “help ensure we can be there for animals affected by disaster,” and pledging to earmark all funds raised in the next month for Japanese relief efforts.

How much of the funds will eventually reach Japan? And why fund a team on indefinite standby 2,000 miles away?

What will happen to any leftover funds? Will they be rolled into HSI’s general funds?

Examples from HSUS’s recent history give us good reason to ask tough questions.

If it seems like you’ve heard this “ready and waiting” routine before, it’s because you have. After last year’s oil spill in the Gulf of Mexico, HSUS insisted it would “stand ready,” that it was willing “to help any way we can,” and that its personnel were “gearing up to help.” Ultimately, others with better qualifications and access did the heavy lifting; HSUS squawked from the sidelines and raked in donations.

Earlier in 2010, HSUS raised funds for “emergency” donations immediately after an earthquake struck Haiti, claiming “Humane Society International’s team on the ground in Haiti continues its work of helping animals in distress.” But one of HSI’s own disaster relief experts said there were “no animal issues” resulting from the earthquake (emphasis added):

Our team has been doing assessments for several days now and it is our professional opinion that no animal issues are here that are related to the event of the earthquake. There are a lot of animal issues here, but after speaking with a local American expatriate veterinarian here (who is very well connected in this country) we must agree with her that now is not the time to deal with them.

Similarly, HSUS engaged in deceptive fundraising following Michael Vick’s 2007 dogfighting arrest, raising money on the promise that it would “care for the dogs seized in the Michael Vick case.”

The New York Times later reported that HSUS wasn’t caring for Vick’s dogs at all. HSUS President Wayne Pacelle told the Times that he didn’t know where the dogs were, and that his group urged government officials to “put down” (kill) them anyway.

And then there’s the infamous example of Hurricane Katrina. HSUS raised at least $34 million following the 2005 disaster, pledging to help reunite pets with their owners. Louisiana’s Attorney General conducted an 18-month investigation into how this money was raised and spent, closing it only after HSUS announced a $600,000 contribution toward the construction of an animal shelter on the grounds of a Louisiana prison.

HSUS has offered a vague accounting of the money it raised from Hurricane Katrina. We’re not convinced.

In times of crisis, it’s critically important to do your homework before you donate. Several Japanese charities are already involved with rescues on the ground, including one coalition of three organizations whose work has attracted CNN’s attention.

Japan is the world’s fourth largest economy—it has its own infrastructure and relief organizations. Its people are facing a vastly different situation from the aftermath of the earthquake that hit Haiti, a Third World country. Accordingly, donating to non-Japanese organizations may be of limited use.

It’s not clear where the money HSUS raised after the Gulf oil spill went. The same is true for funds raised following the Haiti earthquake and Michael Vick’s arrest.

It would certainly help if HSUS and HSI decided to be 100% transparent about how they spend funds raised during this crisis—because while Wayne Pacelle’s organizations are really good at fundraising, transparency is not their strong suit.