Got a Pest Problem? Call the HSUS Man! - HumaneWatch 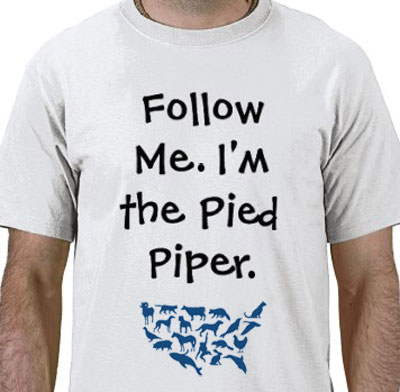 In Washington, DC there are three unavoidable things: death, taxes, and lobbying. Practically every proposal involves a host of special-interest groups that want to plunge their fingers deep into the proverbial pie.

But if British Petroleum wrote a new law covering oil-drilling policy in the Gulf of Mexico, would it pass the smell test? How about if a body-imaging x-ray machine company tried to dictate TSA equipment purchases for airport security?

Okay, that's a example. (It might not be a hypothetical.) But you get the idea.

We may soon be hearing the same sort of outrage about why the Humane Society of the United States is molding legislation from which it stands to gain financially.

The DC City Council recently passed an HSUS-backed law called the “Wildlife Protection Act. In a nutshell, it sets new standards for businesses and individuals who are licensed to trap nuisance wildlife—think bats, snakes, raccoons, and skunks—that infest homes and other property. The Washington Post reports that the law was originally crafted with help from HSUS. Since it bans standard trapping procedures in favor of (supposedly) more humane methods, DC's new law is the most restrictive one in America.

And here’s the kicker: HSUS already runs a program that provides such services for money. It’s called Humane Wildlife Solutions.

Humane Wildlife Solutions "™" was formed after a company called ACE Wildlife Services (ACE stands for "Animals, Community, and Environment") merged with HSUS in 2007. ACE was a 2-person company; both employees are now working for Humane Wildlife Solutions. (We put HSUS's "trademark" symbol in quotes for a reason: Identically named companies already existed in Ohio and Colorado.)

Post columnist John Kelly wrote at the time that HWS “is an offshoot of” HSUS. Wayne Pacelle praised it as “a model business” and “a full-service wildlife control enterprise” that “provide[s] a fee-for-service program.” (HSUS elsewhere states that it’s a “wildlife-conflict solution service provided…by The HSUS.”)

In other words, HWS is the official pest-profiteering arm of the Humane Society of the United States.

It specializes in “humane” methods of capture of animals like chipmunks and possum, or even snakes and bats. Yes, even copperheads and cottonmouths must be handled “humanely." Instead of killing them, HSUS focuses on their "eviction and exclusion" them from your home like a deadbeat tenant.

Judging from this video, HWS’s motto may as well be: “Got a pest problem? We’ll drill into your house and attach a big box to it!”

Sometimes this method of pest removal is just fine, and sometimes it's not. Kelly noted in his 2007 column that "in most area jurisdictions, it's against the law to release rabies-vector species. If you trap a raccoon, you have to kill it — not something the Humane Society wants to do."

But no matter. HSUS has lobbied its way to making its "fee-per-service" method the only legal way to remove varmints and rattlers from Washington, DC homes, practically ensuring a near monopoly and a guaranteed revenue stream.

And HWS’s services—some of which amount to, well, construction projects—often cost more than trapping and killing pests the old-fashioned way. Building a one-way door into someone’s attic, for instance, is far more involved than setting a trap and checking it every 24 hours. We imagine business was a little slow for HWS before it was the only show in town.

To be fair, house mice and rats are exempted from the law (for now, anyway). So they can be killed or captured however an exterminator a "wildlife excluder" likes. But other kinds of rodents, like deer mice, aren’t. So if a wildlife eradication "eviction" company lays a trap and accidentally kills one of these, it could face hefty fines.

The law also requires that wildlife control operators try to keep "families" of animals together. Presumably, that means that when a business tosses your rent-dogding skunks into the woods, it has to make sure Uncle Pepe makes the trip too.

It gets even more absurd: Under federal law, animals captured in Washington, DC can’t be released in Virginia or Maryland (or even into DC’s Rock Creek Park). But under HSUS's new city ordinance, they can be released outside, right where they were captured.

If this seems counterproductive, take off your "homeowner" cap and look at it from the perspective of Wayne Pacelle's profit motive: This is what you call "repeat business."

In the end, the animals have to go somewhere in DC, or be put down. But if they’re just going to be put down anyway, why ban trapping methods that work? The Washington Humane Society hasn’t carried out any investigations of professional wildlife management companies in the last three years, so it's not as though this new law was the answer to some horrible problem.

The final insult? Mary Cheh (D-Ward 3), the DC City Councilwoman who pushed the new wildlife-trapping law had a little trouble winning votes when a Virginia official said DC's nuisance critters would not be welcome in that state. The Washington Examiner has the rest of the story:

"You can just kill them," Cheh reiterated.

But not before paying HSUS to take them away, of course. Nice work if you can get it.