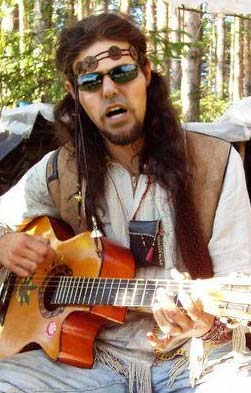 Let’s take a walk back to the ’80s. No, mullets and M.C. Hammer parachute pants aren't coming back into style. We're going to take a look at Humane Society of the United States CEO Wayne Pacelle’s entry into animal-rights politics 23 years ago.

In 1987, Pacelle was fresh out of college and quite the busy bee in the animal rights world. In September of that year he joined the aggressive Animals’ Agenda magazine as an Associate Editor. Two months later, he ran for Alderman in New Haven, Connecticut. (He lost.)

What’s interesting, though is that Pacelle ran as a member of the Green Party. (We’ve written before—see here, here, here, and here—about the longstanding alliance between the environmental and animal rights movements, so that’s no surprise.)

And what the Greens stood for in the late ’80s provides a unique window into what Pacelle hoped to gain—and still does—by becoming a political animal.

In July 1987 when Green Party activists met in Amherst, Masachussets to discuss a national party platform, a group of animal “liberationists” offered a 12-point plan called “Ethical Treatment of Animals.”

Here’s the more interesting half of what they wanted (emphasis added):

1. We are firmly committed to the eventual abolition by law of animal research …
3. We encourage vegetarianism for ethical, ecological, and health reasons …
4. Steps should be taken to begin phasing out intensive confinement systems of livestock production …
8. Hunting, trapping, and fishing for sport should be prohibited …
10. We strongly discourage any further breeding of companion animals …
11. We call for an end to the use of animals in entertainment and sports such as … rodeos, circuses …  [and] quasi-educational institutions such as zoos and aquariums

Ultimately, most of these policies made it into the Green Party platform in one form or another. The official latest version, approved in April 2010, reads like the combined Christmas wish-lists of HSUS and PETA.

The 1987 proposals were just what you’d expect from animal liberationists writing a platform for a third-party organization. They wanted to abolish large-scale animal agriculture, spread vegetarianism, shut down zoos, end life-saving medical research that used animals, and even discourage more animals from being born (which sounds eerily familiar).

We don’t know if Wayne Pacelle was at the 1987 Green Party meeting, but Amherst isn’t far from New Haven. And the 12-point plank was printed in Animals’ Agenda in November 1987—two months after Pacelle joined the magazine’s editorial staff, and the same month he ran (as a Green) for New Haven Alderman.

It seems fair to conclude that Wayne Pacelle, already a hardened animal rights activist whose star was on the rise in “the movement,” subscribed to these 12 points. And behind the PR mask, the careful wordsmithing, and the issue-dodging in Pacelle’s repertoire, we think he still does.