The Humane Society of the United States (HSUS), not to be confused with your local humane society, regularly runs deceptive ads on TV that help mislead Americans into believing that HSUS is primarily a pet-sheltering organization. (It isn’t.) But a new fundraising ploy targeting children is perhaps the most outrageous scheme yet that we’ve seen HSUS involved in.

The social-game company MindJolt SGN released an HSUS-backed iPhone/iPad game on January 2 called “Fluff Friends Rescue,” in which players can build an animal shelter, rescue animals, adopt animals out, and—last but not least—buy HSUS-branded in-game items, 100 percent of the proceeds of which go to HSUS. One report characterized the game as trying “to raise awareness of what the Humane Society does.”

There’s only one problem: That’s not what HSUS does.

HSUS does not run a pet shelter anywhere. And it gives only 1 percent of its budget to pet shelters. Yet, there’s a whole new game on just that—building and operating a shelter that adopts out cats and dogs. Even HSUS’s CEO admits that only 20 percent of HSUS’s efforts concern pets.

It’s a sick irony that HSUS doesn’t run any shelters and yet there’s a game with HSUS’s logo in it that makes it seem like HSUS does. (In the game, you can build a special HSUS play pen or vet clinics for your rescued animals. You can buy in-game money with real money.) It gets even more nauseating when you consider a target market of this game: Kids.

Even if you know the truth about HSUS, this HSUS-backed game might be planting false seeds in your children’s minds. (Targeting kids, by the way, is straight out of the PETA playbook.)

While this game may instill habits by getting youngsters to buy HSUS stuff early on—presumably, HSUS hopes they’ll keep this up into adulthood—it also has a more nefarious effect: To perpetuate the misperception that HSUS is a pet-shelter group and not the fringe anti-meat group that it is. 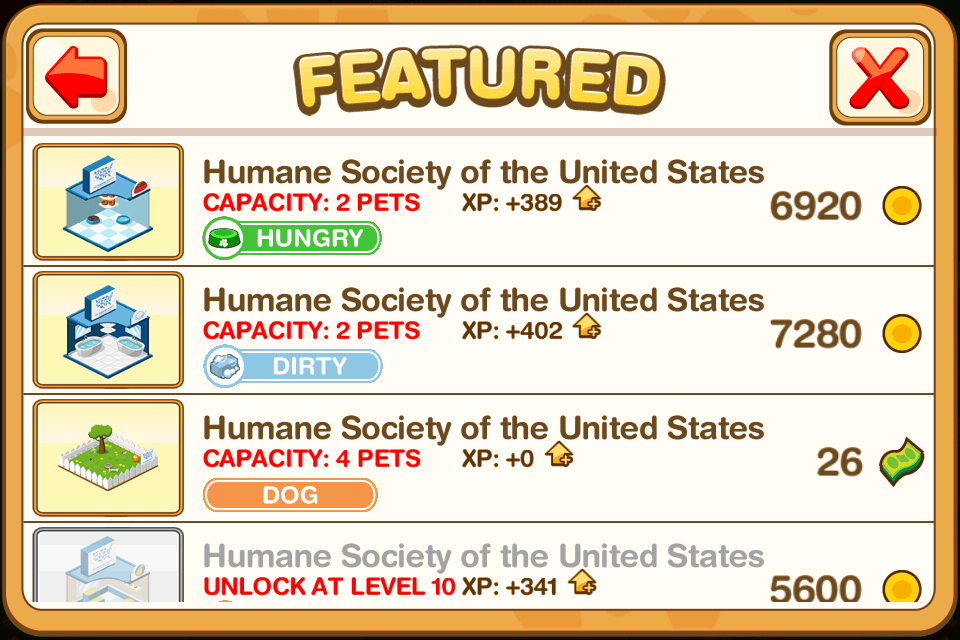 According to nationally representative polling, 71 percent of Americans wrongly believe that HSUS is a pet-shelter “umbrella group” while 68 percent mistakenly think that HSUS gives most of its money to pet shelters. (We’ve even heard from HSUS donors who were shocked to find out how little of their donation went to pet shelters.)

Of course, this polling only measures what adults believe. The next generation of adults is playing “Fluff Friends Rescue.”

The game’s creator thinks it “has the potential to hit the top 10 or top 20 games and stay there for a long time.” That’s quite the potential cash stream for HSUS, which is no doubt licking its chops.

Meanwhile, HSUS says that the game is a way to “inform [players] about the hard work of animal rescue groups”—yet the money raised all goes to HSUS, not to true rescue groups. Yes, HSUS does run an animal rescue team, but it’s a small portion of HSUS’s budget. If HSUS wants to become a true rescue group—instead of just raising money like it is one—then by all means, it should. But we suspect HSUS will just keep raising money and banking on public misperception.

It’s hard to believe a “charity” like HSUS can be so unscrupulous. It’s not just a new low for HSUS—it’s a new high in deception.