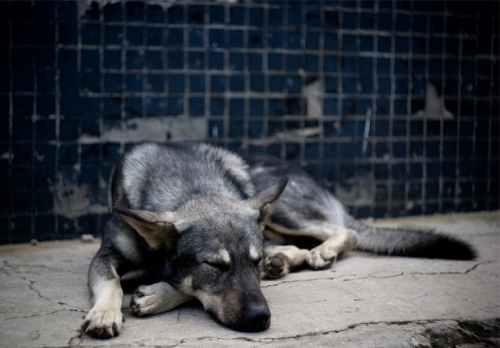 On Monday, HBO aired the first part of a documentary titled “One Nation Under Dog: Stories of Fear, Loss and Betrayal,” which tells the story of America’s relationship with canines and some of the problems these animals face. And HSUS’s PR machine is in fifth gear promoting the film. A few days before the premier, HSUS’s Hollywood Office sent out an email promoting the documentary and directing recipients to view a short clip on HSUS’s website. (It doesn’t hurt that HBO Vice President James Costos joined HSUS’s board of directors last month.)

Ironic? We think so.

While the film is big on “awareness”—as are most HSUS campaigns—there’s a big need for action right in the Hollywood area. The Los Angeles SPCA (spcaLA) estimates that 75,000 animals are put down every year in Los Angeles County. The Heigl Foundation estimated the euthanasia rate of shelter animals in L.A. County to be 63 percent in 2009.

And how much did HSUS give to support the efforts of pet shelters in California in 2010 (the most recent data publicly available)? Barely anything. According to its tax return, it made just 6 grants for the purpose of supporting pet-sheltering efforts in the Golden State. That’s about as pathetic—and cheap—as it gets.

It gets worse when you ask yourself how much money HSUS raised in California that was meant for local shelters. We recently polled over 1,000 of HSUS’s own donors and found that 74 percent give to HSUS to either help pet shelters or reduce the number of animals euthanized each year. In addition, 90 percent were totally unaware that HSUS gives only 1 percent of its budget to local pet shelters.

In fact, the State Humane Association of California raised a nearly identical question last year when it filed a complaint with the Attorney General over the fundraising of the ASPCA. SHAC stated that its member groups, such as local SPCAs, reported hearing from people who gave to the ASPCA thinking that the money would go to their local shelter.

Back to the HBO documentary. As a reader reminded us, “Awareness works only if followed by action.” But don’t expect much action from HSUS. Despite its marketing bluster, there are plenty of other groups with smaller budgets who provide direct care for more animals. HSUS spends plenty of dough on its pension plan, its bloated staff of lawyers, and especially on fundraising.

The HSUS appeal for this film comes out of its posh Bel Air office, right in the neighborhood of some of America’s most elite residences. HSUS regularly chums it up with celebs like Ke$ha. And HSUS is sitting on $200 million in assets. If that doesn’t tell you all about this group’s true priorities, what would?