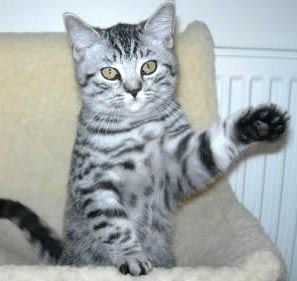 We knew our ad during Sunday’s Academy Awards would ruffle some feathers, but HSUS replied yesterday with an especially vicious attack. Though our ad ran in only the D.C. area, HSUS put out a national alert that it was launching a new fundraising campaign—to stop our so-called “campaign for cruelty.”

So let’s get this straight: Our ad asked people who want to help shelter pets to donate to their local pet shelter. And, somehow, that’s a “campaign for cruelty”? If that doesn’t sum up how paranoid and demagogic HSUS is, we don’t know what does.

The best reaction we’ve seen so far comes from the KC Dog Blog:

That pretty much sums it up. As he notes, nowhere in HSUS’s fevered response does it mention supporting local shelters!

Wethinks HSUS doth protest too much—and in fact, it’s a bit funny that HSUS unwittingly revealed its true motive: factory fundraising. Unfortunately, we’re outgunned here. Our annual budget is less than what HSUS puts into its pension plan. We haven’t mastered the art of deception and inflammatory Orwellian rhetoric like its CEO Wayne Pacelle, and we don’t have untold millions to pump into misleading marketing.

So we need your help. Here’s what you can do:

1. Make a donation to your local pet shelter of supplies or money.

2. Write a letter to the editor of your local newspaper asking readers to give locally, and telling them how HSUS gives only 1 percent of its money to local shelters. (If you want more talking points, read this.)

3. If you run a blog, write about how inhumane HSUS is to shelter advocates.

We’re not intimidated by HSUS’s smear tactics and attempts to stifle the truth. Sunshine is the best disinfectant. Together, we can expose HSUS and help groups that truly walk the walk.