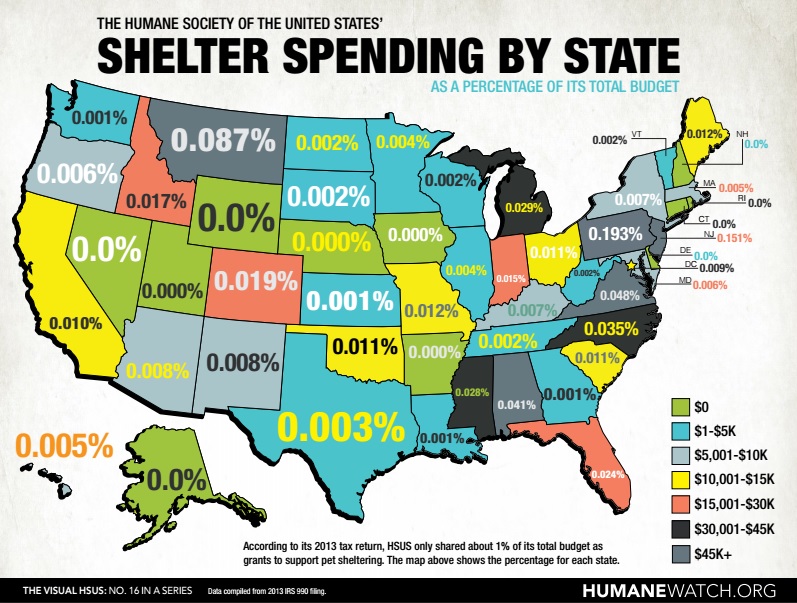 (Coming from a gun-rights site? See also, “Why Gun Rights Activists Should Care About HSUS.”)

As we’ve previously reported, only about 1% of the budget of the deceptively named Humane Society of the United States goes to local pet shelters, and the organization doesn’t operate any shelters of its own. Not that you’d learn these facts from HSUS’s ads, which are full of dogs and cats.

An examination of HSUS’s 2013 tax return (the most recent available) reveals that although the extreme animal-liberation group took in more than $130 million in revenues, very little went to local pet shelters. How much went to help pet shelters in your state? Take a look at the map below (PDF). The answer may shock you.

If only 1% of HSUS’s budget goes to local pet shelters, where does the other 99% go? A few examples of wasteful HSUS spending:

Instead of funding the lavish lifestyles of HSUS execs who are socking away your donations in off-shore hedge funds, consider donating to pet shelters in your area.