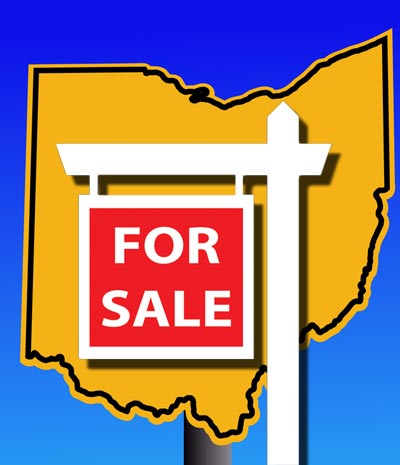 It’s June, which means there are officially less than four weeks left for the Humane Society of the United States and its "Ohio Humane" front group to gather signatures. (For the non-Buckeye newcomers, HSUS is trying to get an initiative on the November ballot that would force the state's new Livestock Care Standards Board to mimic the policies that HSUS got passed with its last ballot measure, in California.)

HSUS needs 402,275 valid signatures by June 29 to qualify for the ballot. In reality, of course, that means the group had better gather at least 550,000, since names like “Mickey Mouse,” “Elmer Fudd,” and "Elvis Presley" tend to turn up a lot. (When you hand someone a clipboard and they already have two kids plus thawing groceries in tow, anything can happen.)

On Tuesday the Columbus Dispatch reported that HSUS had gathered “about 300,000” signatures. But it wasn’t so long ago when the "Ohio Humane" campaign seemed to be in panic mode. Signatures were slow in coming. Projections were far short of HSUS's goal.

Then a funny thing happened: HSUS sued the state of Ohio over a statute that was written to make sure only Ohioans could gather signatures to change state laws.

Guess what? The lawsuit worked.

On May 13 a federal judge declared the law unconstitutional and forbade Ohio from enforcing it. And judging from the HSUS campaign's own reports, we're guessing that they brought in the hired guns before the ink on the court order was dry.

And now that there's nothing preventing HSUS from hiring out-of-state mercenaries to gather signatures, it's likely that this is exactly what's happened. In the federal lawsuit, HSUS acknowledged that it had "filed a Form 15 with the Ohio Secretary of State, stating that it will provide compensation" for signature gatherers. (In fact, they had already filed dozens of them. More about that tomorrow.)

So now that we know HSUS has the green light to buy signatures, let's break out the trusty old graph paper (well, okay … Microsoft Excel…) and plot the "Ohio Humane" campaign's progress.

The blue dots are "hard" numbers reported in the group's volunteer newsletters, except for the very last dot (which came from the Columbus Dispatch).

The mustard-colored line shows the pace they were on before May 13, when the federal court said they could blow HSUS's public donations on paid "volunteers." And the pink line shows how the trajectory has changed since that date. 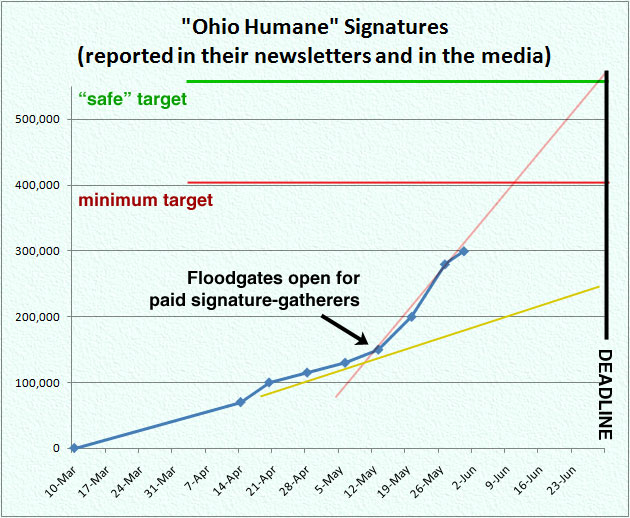 Bottom line: If we were to take a gamble, we would have to assume HSUS will now reach its goal. And in November, Ohioans will have the best darned election money can buy.