How to Scramble the Federal Trade Commission - HumaneWatch 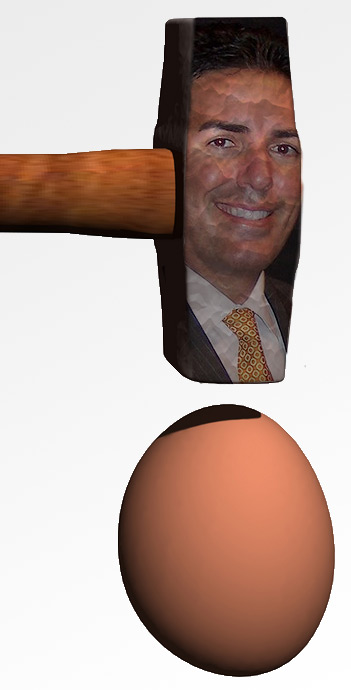 Last week the Humane Society of the United States filed a formal complaint with the Federal Trade Commission (FTC) against an Iowa egg company. No surprise there—HSUS has a habit of annoying anyone who dares to keep chickens cooped up like … well, like chickens. Exhibit A: The group is having a collective California hissy fit over an egg farm there that just invested $3.2 million to make its chicken cages bigger. (HSUS says they’re still not big enough).

Now, anyone can file an FTC complaint like this one against any company, for just about any reason. (It helps to have more than 30 lawyers on your payroll, of course.) And the family-owned company HSUS is targeting, Rose Acre Farms, also happens to be certified by the American Humane Association (not to be confused with HSUS) as part of its “American Humane Certified” program.

So this is an unlikely target. And it’s also incredibly unlikely that the FTC will do anything more with HSUS’s complaint than use it to prop up an uneven table leg. The animal rights group filed a similar FTC complaint in 2008 against the United Egg Producers. And another one in 2007 against fashion designers and clothing retailers whose fur labels weren’t everything HSUS wanted them to be.

The collective response from the government? Cue the sound of crickets.

The same non-response came from the FTC when HSUS's ideological twin, People for the Ethical Treatment of Animals, filed an FTC complaint against egg producers (for, of all things, sponsoring Sesame Street). So it turns out that this, like shareholder activism against public companies, is just another PETA tactic that HSUS has appropriated.

It shouldn’t escape anyone’s notice that the egg farm in HSUS’s crosshairs with its new FTC complaint is one of the same two companies HSUS targeted back in April. Remember that jumbled mashup of an undercover chicken-farm horror video?

Yeah—we’d forgotten about it too. And so has the national media. HSUS lost whatever weak traction they built up in April; the two-day news cycle turned against them and then petered out completely, so they’re back for another attempt at cheap publicity.

Our favorite line from HSUS’s FTC complaint is this one, form the bottom of page two:

Rose Acre is deceiving consumers concerned about the suffering of animals with false assurances of care. FTC intervention is particularly important here because there are virtually no market restraints on this type of deception. Consumers are unable to determine upon receiving the product that they have been deceived about the level of animal care provided …

It would be fascinating to see the Federal Trade Commission go after HSUS for deceptive advertising practices After all, donors to HSUS—those who buy its “product”—are "unable to determine" that they’ve bought a pig in a poke (instead of an umbrella group for pet shelters).

Before anyone gets delusions of common sense in Washington, though, you can forget about it. Here’s how one former Consumer Protection Bureau director at the FTC spells out what the Commission can and can’t do:

Absent some other grounds for jurisdiction, we are unlikely to open an investigation into charities that have been granted tax-exempt status by the IRS under Section 501 (c)(3) of the Internal Revenue Code.

The American Bar Association’s FTC Practice and Procedure Manual adds that the FTC can only take actions “against ‘persons, partnerships, or corporations.’ It defines a ‘corporation’ as an entity ‘organized to carry on business for its own profit or that of its members’.”

In other words, a nonprofit trade association can be hassled by the FTC, but not a nonprofit animal rights group.

We’ll leave the discussion of whether this is fair or not to you legal eagles out there. After all, HSUS is in “business” just as much as any farmer. Its main product is conflict. And business is apparently booming.