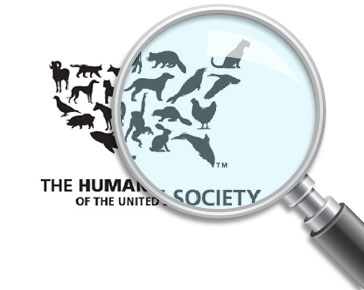 Today’s nomination of Oklahoma Attorney General Scott Pruitt to run the EPA must have the execs at the Humane Society of the United States fuming. Pruitt was no fan of HSUS, putting out a public consumer alert against HSUS and opening a well-deserved inquiry into HSUS’s deceptive fundraising. Pruitt’s inquiry was also the subject of some tough questions HSUS CEO Wayne Pacelle received from US Senator James Inhofe at a hearing last year. While the EPA and HSUS won’t cross paths too much, Pruitt’s going to have a nice, direct line to a President and other cabinet members.

Overall, election night was a big “L” for HSUS. HSUS’s political arm went in heavily against Donald Trump, calling him essentially the worst threat that could possibly happen to HSUS’s agenda. And he won.

The HSUS world generally supported Democrats. According to FEC filings, HSUS employees spent about $14,000 personally, 100% of which went to Democrats. HSUS’s political action committee made $370,000 in contributions, of which 67% went to Democrats. And HSUS’s legislative fund made about $1.1 million in independent expenditures, with 77% going to Democrats. Democrats are out of power. And of the few Republicans that the HSUS PAC did support, a number lost their bids, such as US Sens. Kelly Ayotte (NH) and Mark Kirk (IL).

And lastly, the election saw HSUS ally Ed Whitfield—a Kentucky Republican whose wife, an HSUS lobbyist, got him into an ethical quagmire—resign and have his seat won by James Comer, an anti-HSUS politician and former state ag commissioner.

Election night did bring a win for HSUS in Massachusetts, where it passed a ballot measure that will ban most eggs and pork from being sold in the state by 2022. Expect that law to be challenged and possibly overturned. And if it goes to the Supreme Court, well, who will be making judicial nominations for the next four years?

Things aren’t looking peachy for HSUS. And with folks such as former Nebraska Governor Dave Heineman, who told HSUS he’d kick their butts out of his state, rumored to be in the mix to run the USDA, things could get even worse for HSUS.